PoE: Do You Know The Most Used Scam Methods In 3.2?

In Path of Exile, GGG can't do anything against scamming, because the law in new zealand does not allow them to do so. Naming and shaming and online mobbing is not allowed, so GGG has to remove every post on their forums which calls out a scammer.

How is this useful for scammer? They will build up a thread with a lot of vouches to seem trustable, and then start scamming and just remove every post which calls them out. Or they just scam you ingame and when they get called out too much in global chats, they request a name change. It is important for players to know the following methods. 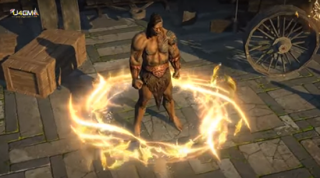 1. Poorjoys Rota Scam: scammer goes into global 820, writes “LFM poorjoys 1 h/o rota, eu/na/sea x/6”, after he gets a full 6 man party, people will trade him their maps, since 1 h/o means the party leader will open all 6 maps in his hideout, so the rota takes less time. Usually every poorjoys rota is 1 h/o so nothing suspicious. Once he got the maps he /ignores the whole party if too much people will call him out on global, he will request a name change.

2. Master Crafting Scam: scammer gets his masters to level 8, opens a thread on the forum and offers free master craft service. He gathers 3-4 pages of reputation and vouches. Then every time someone comes for a expensive meta mod craft for 2ex or by any chance trades him a really valuable item, he just keep it and /ignores you. If you proceed to call him out on the forum, they will just report you for being offensive, and the mods have to remove your post.

4. Boss Killing Service Scam: scammer convinces you that he has bad lags(or any reason) when he doesn't open the set in his h/o, so that you end up trading him the set. Then he either kicks you out of the party, or he runs the set, and if a valuable item drops, he will not tell you and act like something shitty dropped.

5. General Rota Scam: scammer hosts a rota, puts himself at last, and then kick everybody once its his turn and make a new rotation.

6. Pale Council Scam: there is a challenge this league which says, “kill a tome without it being able to cast spark”. Scammer goes into /trade 820, writes “WTS Pale Council Encounters V Challenge, 100% success 20c x/6”, once he has a full party, he links his set, and proceeds to take the money. Once he gathered the money, he /ignore every1.

7. Farric Alpha Tiger Scam: a super rare challenge. Scammer opens any t13+ map, uses one portal, and gets out. Puts up walls so no one can join the map. Goes into /trade 820 and writes “WTS Farric Alpha Tiger for Challenge 2ex”, as soon as 1-2 ppl join, he takes their money, removes the walls, and let them realise he just scammed them.

In fact, fraudulent tricks are more than just these, only way is to be careful, good luck to you.