10 Top Reasons Why I Think PoE Bestiary Is Cool

In Path of Exile, the Bestiary is a classification of the wildlife in Wraeclast. As players capture different types of beasts, their progress is tracked here.

Beasts are categorized into different types on the right sidebar of the tab. When the player has captured a beast, a checkmark appears next to the beast's name. The Bestiary is only available in the Bestiary leagues. It provided tons of cool things such as: 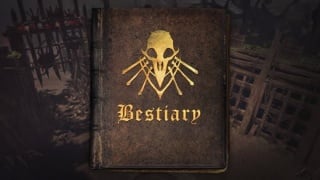 1. Flask crafting- remember spending all your alts to try and hit that Chemist's of Heat flask, only to message 10 afk people and end up buying it for 10c?

2. Imprinting of blue items - super nice having multiple chances to hit that regal on your dream poe buy items.

3. Remove/Add Prefix Suffix - annul/exalt in one.

4. Adding a specific stat to an item while preserving prefixes/suffixes - INSANE crafting potential. It can be argued that this was way too strong and huge power creep, as it allowed for much cheaper crafting of godly items. It did have a downside of potentially bricking your item by locking affixes. You also did have to use red beasts of appropriate ilvls for the craft.

5. Mirroring flasks - Perfect QS and jades for everyone! I made a large amount of chaos throughout bhc from mirroring my perfect alchemist's adrenaline quicksilver. It was a neat experience getting to host a "mirror service" for once.

7. Access to talismans - did you know you could farm Pen for tons of canines to use for the t2 talisman recipe? I filled the rest of the recipe with the unique from A6 coast. I sold ~10 talismans I farmed for 50-200c each.

10. Aspects and having items that alter how they work (without just giving straight-up set bonuses) were super neat.

The system is definitely more complicated than it needs to be: there are too many nets, there's so much information in beast names/genus/mods/etc, mobs have their own special skills (some of which feel really overtuned), some beasts feel worse than map bosses, and more.

Was the system rough around the edges? Most definitely. But what GGG aimed to provide in this league was more than I could have ever asked for

Bestiary was rough around the edges, but it gave GGG a way to provide ANY content in the game without limiting it to Zana mods/divination cards and without continuously adding large packs of mobs to maps.