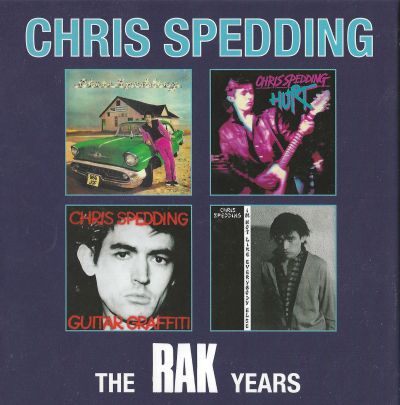 Guitarist/Singer/Songwriter Chris Spedding has been a mainstay of the British session scene since the late 60s, playing with just about everyone from Nucleus, Jack Bruce, John Cale, Elton John, Mike Batt, to Paul McCartney & The Bay City Rollers (anonymously!). In the late 70s he moved to the States and worked with Robert Gordon, Jerry Harrison, Dick Rivers and Johnny Hallyday. Since 2001, Spedding has been playing live with Roxy Music/Bryan Ferry, The War Of The World and R.Gordon / D.Rivers, Herbie Flowers, Charlotte Glasson among others...

Excellent four CD set rounding up guitar supremo Chris Spedding's time with RAK Records between 1975-1980. Includes the hit single 'Motor Bikin' which reached #14 in the UK charts in 1975. Also features one of the first UK Punk singles, Chris's 'Pogo Dancing' which he recorded with The Vibrators. Disc One is his self-titled debut for RAK which featured the aforesaid 'Motor Bikin" plus the 'Guitar Jamboree', 'Jump In My Car' and 'New Girl In The Neighborhood' singles and was produced by Mickie Most. The second CD contains the Hurt album from 1977, produced by Chris Thomas, and which features the 'Get Outa My Pagoda' and 'Silver Bullet' singles. Guitar Graffiti is Disc Three, self-produced and featuring the 'Video Life', 'Bored Bored' and 'Gunfight' singles. The final disc is the I'm Not Like Everybody Else album from 1980. The booklet features detailed liner notes by 70's expert Phil Hendricks and comes with pictures of all the relevant singles. Each of the CD's comes in a card wallet depicting the original LP artwork. 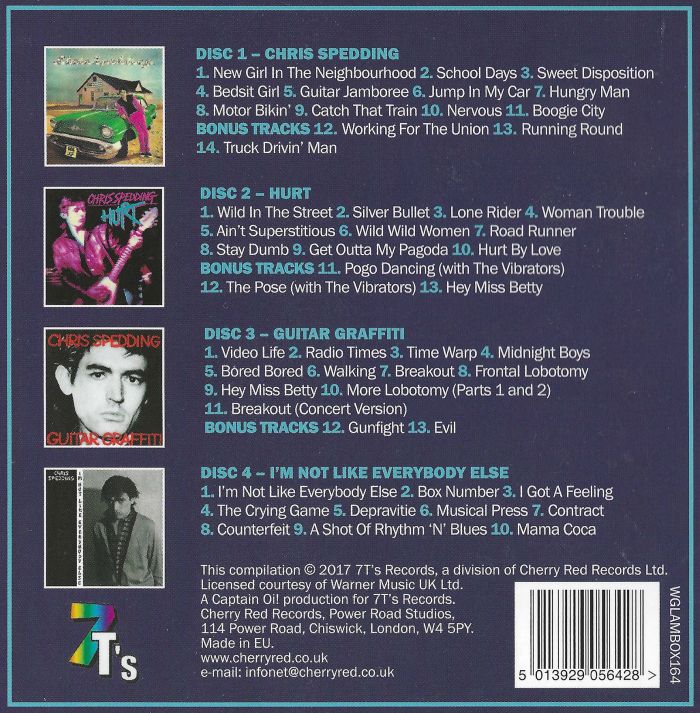