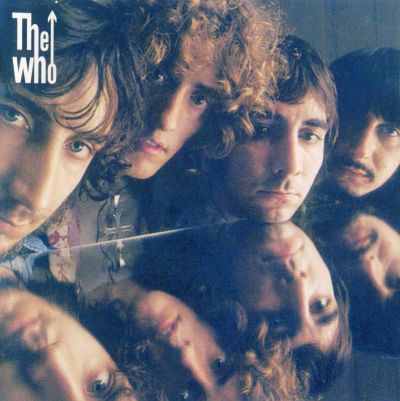 Following in the footsteps not only of Universal's many Ultimate Collection, but also the Beatles 1 a groundbreaking collection in the sense that it proved that a collection that contains all the hits will actually sell on CD (thereby proving the cynical ploy of leaving hits off a compilation in order to sell catalog is flawed) the Who's 2002 compilation The Ultimate Collection attempts to collect all their hits, all their anthems in one place. It fits that bill very well, providing all the big items from "I Can't Explain" to "Emenince Front" as it spans two discs and 35 tracks. Sure, fans will find personal favorites missing, whether it's "A Quick One While He's Away" or "Athena," while collectors will note that it contains everything from the previous attempt at an exhaustive CD compilation, 1996's My Generation: The Very Best of the Who, but it doesn't matter, because this is the best summation of their career for a general audience yet assembled. It functions as both an introduction and as the one Who album listeners who just want the hits will need.

The Ultimate Collection is a 2002 two-disc greatest hits set by the Who with both singles and top hits from albums, all of which have been remastered. The compilation was released by Polydor Records internationally and on MCA Records in the U.S. It was certified gold by the RIAA on 15 July 2002 and platinum on 13 March 2008. 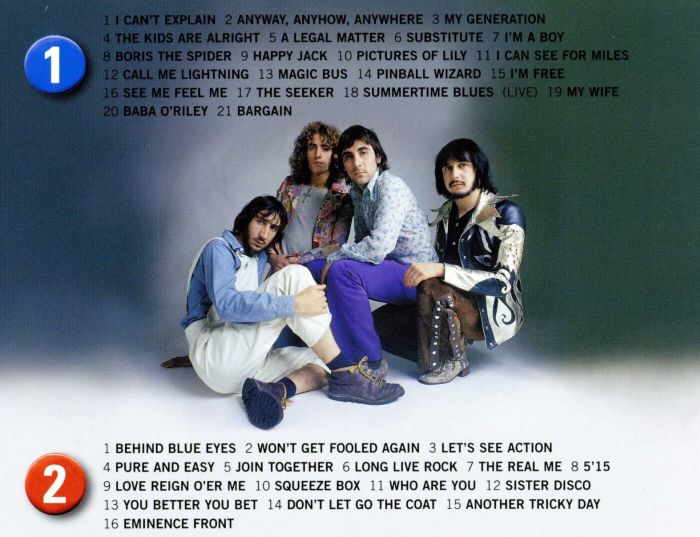