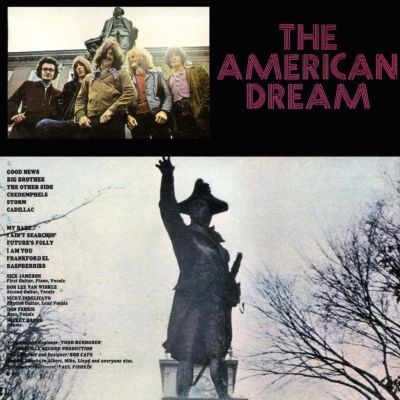 Anyone owning an FM radio in the Philadelphia area in the eary 70s will be familiar with the American Dream. They opened for a lot of major bands at the Electric Factory (RIP) as well as having their own rabid following when they were headliners at other venues. This is their sole album, although rumors back in the day indicated that a 2nd LP was nearly finished before record company issues derailed its release. There was a prior CD release of this album on Pony Canyon records from Japan that was in circulation for a while but mercifully is hard to come by these days. Avoid it in favor of this Kismet version, as some glaring inconsistencies on that one have been remedied with this pressing, the most notable being the unexplained slowing down of the second "side" which made the last two or three songs sound particularly different than their vinyl counterparts. This compilation was Todd Rundgren's first foray in production (of other bands), predating the Band's "Stage Fright" by a year, and his work here is unremarkable, though if he had the same players and today's technology available, I think this would outdo the best of today's "pop" output hands down. Nick Jameson was one of the American Dream's three guitar players, and went on to have a pretty successful career as bassist/vocalist for some of Foghat's more popular, mid 70s albums. 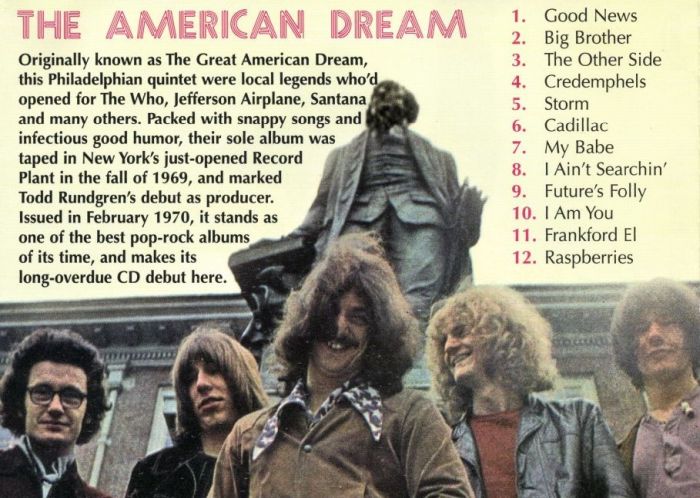