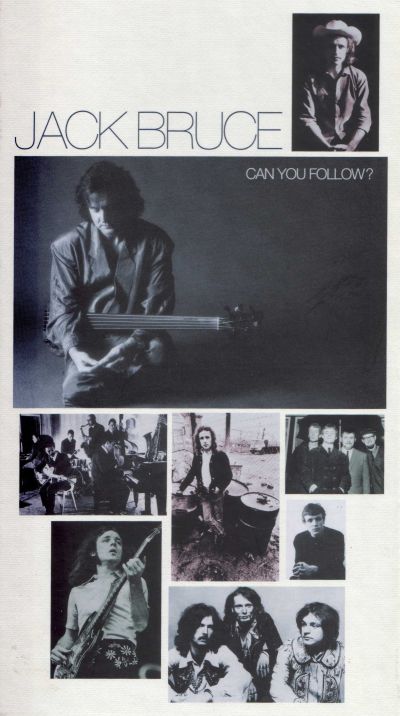 Jack Bruce (1943 – 2014) was a Scottish musician and composer, known primarily as a member of the British rock trio Cream. Bruce maintained a solo career that spanned several decades and also played in several musical groups. Although particularly famous for his work as a vocalist, bass guitarist and songwriter, he also played double bass, harmonica, piano and cello. He was trained as a classical cellist and considered himself a jazz musician, although much of his catalogue of compositions and recordings tended toward blues and rock and roll. The Sunday Times said that "many consider him to be one of the greatest bass players of all time.

Can You Follow? - 2008 six CD box, a career retrospective from the legendary Rock musician. One of Britain's greatest popular musicians, Jack has spent 50 years as a professional musician. Aside from his work with Cream, Jack has collaborated with numerous artists with a stubborn refusal to compromise his music, be it working in the worlds of Jazz, Blues, Rock or ethnic music. Compiled with the full involvement of Jack, Can You Follow is the most comprehensive celebration of Jack's musical achievements ever, drawing on his many fine solo albums and more. The set also includes 14 tracks by Cream (including previously unreleased mono mixes) and Jacks' collaborations with Blues Incorporated, Graham Bond Organization, John Mayall, Manfred Man, Frank Zappa, BBM and much more. Housed in a deluxe set with a 68 page booklet with an exclusive interview and many unpublished photos. 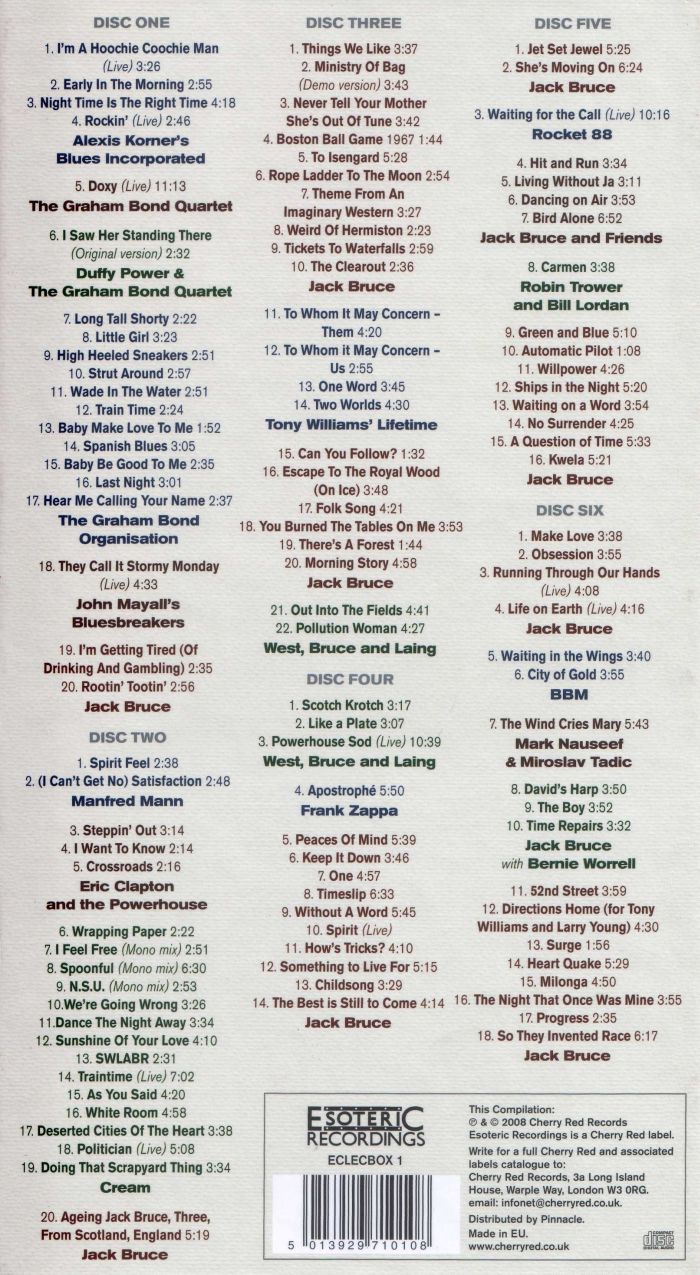