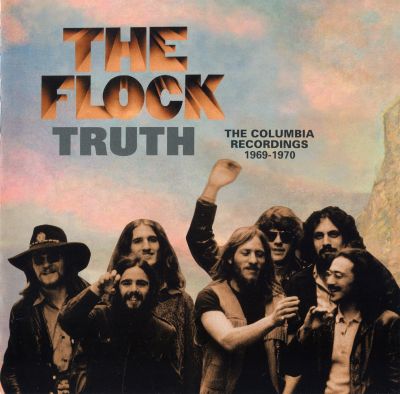 Hailing from Chicago, The Flock was one of the most original groups to emerge on the late 1960s buoyant music scene. Along with their fellow Chicagoans Blood Sweat & Tears and Chicago, The Flock were highly original in their musical approach, successfully fusing jazz, rock, blues and even classical influences. The band recorded three singles in 1966 and 1967 before changing musical direction and recruiting virtuoso electric violinist Jerry Goodman to their ranks. With a line-up of Fred Glickstein (guitar, lead vocals), Jerry Goodman (violin), Jerry Smith (bass), Ron Karpman (drums), Rick Canoff (saxophone), Tom Webb (saxophone) and Frank Posa (trumpet), The Flock came to the attention of manager Aaron Russo, owner of Chicago’s famous Kinetic Playground venue. Russo secured the band a contract with Columbia Records for whom The Flock recorded two excellent albums for the label, “The Flock” (1969) and “Dinosaur Swamps” (1970). Despite enthusiastic critical acclaim and patronage of established musicians such as John Mayall (who declared them to be the best band in America in 1969), The Flock sadly failed to fulfill their commercial potential and their classic line-up broke up in 1971, with Jerry Goodman joining The Mahavishnu Orchestra, but they did leave a recorded legacy of fine music.

Truth – The Columbia Recordings 1969 – 1970 celebrates the music of this excellent band and features both of their Columbia albums in re-mastered form, along with six rare single tracks previously unissued on CD and six rare non-album session recordings from 1969 & 1970, including a re-recording of their early single What Would You Do If the Sun Died. The anthology features an illustrated booklet that includes a new essay with an exclusive interview with Flock guitarist Fred Glickstein. 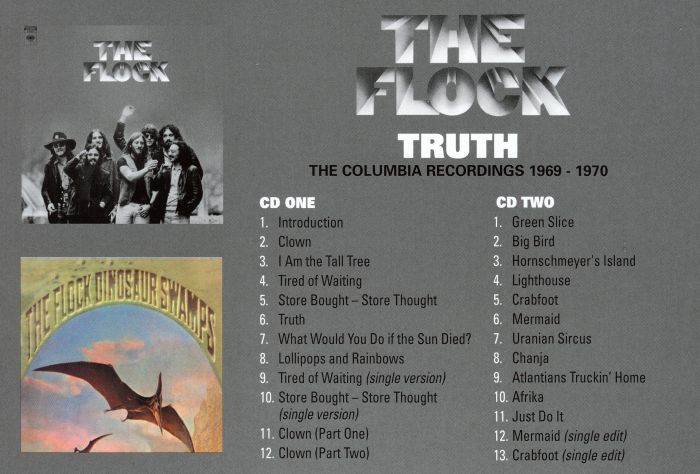