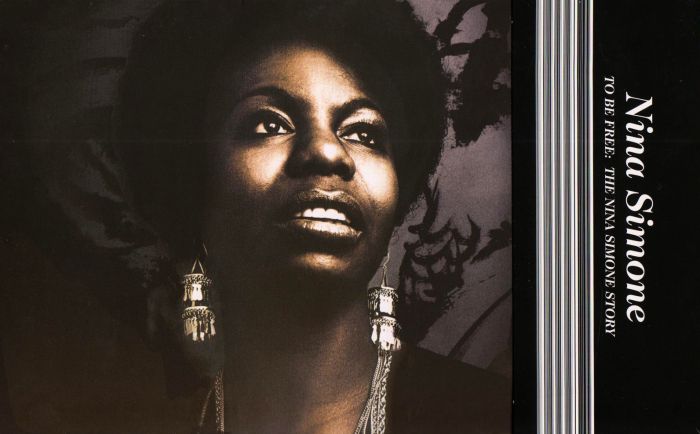 Eunice Kathleen Waymon (1933 – 2003), known professionally as Nina Simone was an American singer, songwriter, pianist, and civil rights activist. Her music spanned styles including classical, folk, gospel, blues, jazz, R&B, and pop. The sixth of eight children born to a poor family in Tryon, North Carolina, Simone initially aspired to be a concert pianist. With the help of a few supporters in her hometown, she enrolled in the Juilliard School of Music in New York City. She then applied for a scholarship to study at the Curtis Institute of Music in Philadelphia, where she was denied admission despite a well received audition, which she attributed to racism. In 2003, just days before her death, the Institute awarded her an honorary degree. To make a living, Simone started playing piano at a nightclub in Atlantic City. She changed her name to "Nina Simone" to disguise herself from family members, having chosen to play "the devil's music" or so-called "cocktail piano". She was told in the nightclub that she would have to sing to her own accompaniment, which effectively launched her career as a jazz vocalist. She went on to record more than 40 albums between 1958 and 1974, making her debut with Little Girl Blue. She had a hit single in the United States in 1958 with "I Loves You, Porgy". Her musical style fused gospel and pop with classical music, in particular Johann Sebastian Bach, and accompanied expressive, jazz-like singing in her contralto voice.

To Be Free: The Nina Simone Story is a 3 CD Career Retrospective (1957-1993) including her work for Bethlehem, Colpix, Philips, RCA, CTI and Elektra, PLUS a DVD featuring the 1970 Emmy-nominated never-before-released documentary. This package includes 54 songs, 8 previously unreleased tracks, including some never recorded elsewhere. The box includes all chart hits (U.S. and U.K.) and her most famous signature songs. An added bonus are liner notes which include track-by-track commentary from Simone biographer, David Nathan, and introduction by Ed Ward, NPR's "rock & roll historian", and never-before-seen photos from her family archives, recording sessions and performances.