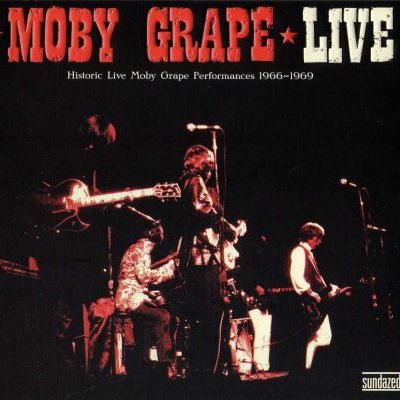 Moby Grape Live is a 2010 album, released by Sundazed Records, of previously unissued live recordings of the band Moby Grape. Included are recordings of the band in its prime in 1966 and 1967, as well as 1969 recordings, subsequent to the 1968 collapse and departure of founding member Skip Spence. A particularly notable inclusion is the band's performance at the historic Monterey International Pop Festival. According to critic Mark Deming, "While Moby Grape's studio work might offer a clearer picture of the strength of their songs, Moby Grape Live does a brilliant job of revealing what made them great as a band, and the best tracks here should prompt any serious fan of late-'60s rock to reaffirm Moby Grape's status as one of the finest acts of their time." According to another reviewer, "After the essential debut record, this is the Moby Grape record I would recommend next."

One of the best '60s San Francisco bands, Moby Grape, were also one of the most versatile. Although they are most often identified with the psychedelic scene, their specialty was combining all sorts of roots music - folk, blues, country, and classic rock & roll - with some Summer of Love vibes and multi-layered, triple-guitar arrangements. All of those elements only truly coalesced for their 1967 debut LP. Although subsequent albums had more good moments than many listeners are aware of, a combination of personal problems and bad management effectively killed off the group by the end of the '60s. Many San Francisco bands of the era were assembled by recent immigrants to the area, but Moby Grape had even more tenuous roots in the region than most when they formed. Matthew Katz, who managed the Jefferson Airplane in their early days, helped put Moby Grape together around Skip Spence. Spence, a legendarily colorful Canadian native whose first instrument was the guitar, had played drums in the Airplane's first lineup at the instigation of Marty Balin. Spence left the Airplane after their first album and reverted to his natural guitarist and songwriting role for the Grape (the Airplane had already recorded some of his compositions). Guitarist Jerry Miller and drummer Don Stevenson were recruited from the Northwest bar band the Frantics; guitarist Peter Lewis had played in Southern California surf bands like the Cornells; and bassist Bob Mosley had also played with outfits from Southern California. 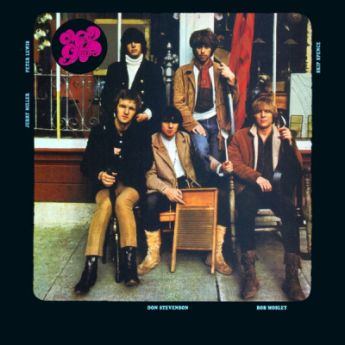 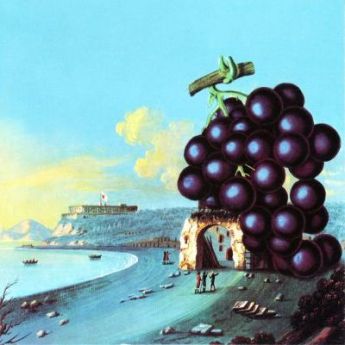 The group's relative unfamiliarity with each other may have sown seeds for their future problems, but they jelled surprisingly quickly, with all five members contributing more or less equally to the songwriting on their self-titled debut (1967). Moby Grape remains their signature statement, though the folk-rock and country-rock worked better than the boogies; "Omaha," "Sittin' by the Window," "Changes," and "Lazy Me" are some of their best songs. Columbia Records, though, damaged the band's credibility with over-hype, releasing no less than five singles from the LP simultaneously. Worse, three members of the group were caught consorting with underage girls. Though charges were eventually dropped, the legal hassles, combined with an increasingly strained relationship with manager Katz, sapped the band's drive. Moby Grape's follow-up, the double-LP Wow, was one of the most disappointing records of the '60s, in light of the high expectations fostered by the debut. The studio half of the package had much more erratic songwriting than the first recording, and the group members didn't blend their instrumental and vocal skills nearly as well. The "bonus" disc was almost a total waste, consisting of bad jams. Spence departed while the album was being recorded in New York in 1968, as a result of a famous incident in which he entered the studio with a fire axe, apparently intending to use it on Stevenson. Committed to New York's Bellevue Hospital, he did re-emerge to record a wonderful acid folk solo album at the end of 1968, but that would be his only notable post-Grape project; he struggled with mental illness until he died in 1999. 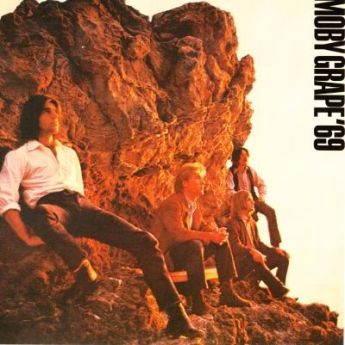 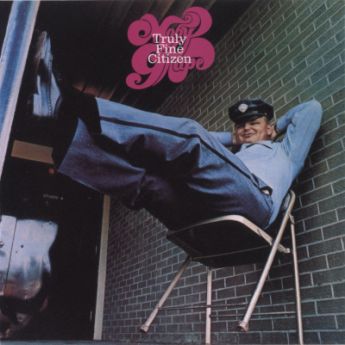 Another unexpected blow was dealt when Mosley, despite his membership in a group that emerged from the Haight-Ashbury psychedelic scene, joined the Marine Corps at the beginning of 1969. The band struggled on and released a couple more albums during that year, and the best tracks from these (particularly the earlier one, Moby Grape '69) proved they could still deliver the goods, though usually in a more subdued, countrified fashion than their earliest material. The group broke up at the end of the '60s, although they would periodically reunite for nearly unheard albums over the next two decades, in lineups featuring varying original members. Their problems were exacerbated by Matthew Katz, who owns the Moby Grape name, and has sometimes prevented the original members from using the name when they worked together.