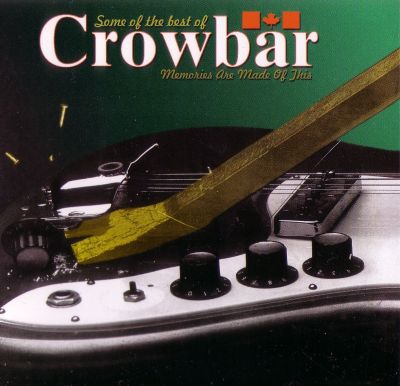 CROWBAR - Memories Are Made Of This: Some of the Best of Crowbar (1972)

From 1969 to 1970, most of the members of the group had been a backup band for Ronnie Hawkins under the name "And Many Others". However, in early 1970, he fired them; as he later told a friend, "Those boys could fuck up a crowbar in fifteen seconds." They recorded their first album in 1970, called Official Music, as "King Biscuit Boy with Crowbar". King Biscuit Boy left the band later in 1970 but continued to appear off and on as a guest performer. In 1971, the band recorded a performance at Massey Hall, in Toronto, which was released as a double album, Larger than Life (and Live'r Than You've Ever Been). The concert, billed as "An Evening of Love with Daffodil Records", was co-produced by concert promoter Martin Onrot and Toronto radio station CHUM-FM. Numerous guests appeared with Crowbar at Massey Hall, including members of Lighthouse, Dr. Music, and Everyday People. King Biscuit Boy also returned to perform with his former bandmates. The recording and release of the album are significant as being the first time a Canadian band had recorded and released a "live in concert" album. It was also the first time that a live concert was broadcast simultaneous on CHUM-FM. Also in 1971, the band performed a concert in the Lord Beaverbrook Grand Ballroom in New Brunswick and entertained at the anniversary celebrations in Hamilton, Ontario. Due largely to Margaret Trudeau's enthusiasm for the band, Crowbar was featured as the opening act of Pierre Trudeau's 1972 re-election campaign rallies, including a notable stop at Toronto's Maple Leaf Gardens. This association enhanced the band's reputation in Canada and garnered international interest from agencies such as A&M Records and figures such as Clive Davis. Despite this momentum, their second album did not capture the energy of their first and the band faltered. Crowbar disbanded in 1975 but was revived in 1977, without Jozef Chirowski, who had joined Alice Cooper's band. The band performed intermittently during the 1980s.

"Memories Are Made of This" is a compilation album by Canadian rock band Crowbar, released in 1972. Initially formed as a backing band for Ronnie Hawkins (Janis Joplin, The Band), the band went on to enjoy significant success in Canada. The album includes their hit single "Oh What A Feeling," the Ray Charles-quoting "Murder In The First Degree," and the blues rocker "Where Were You?" 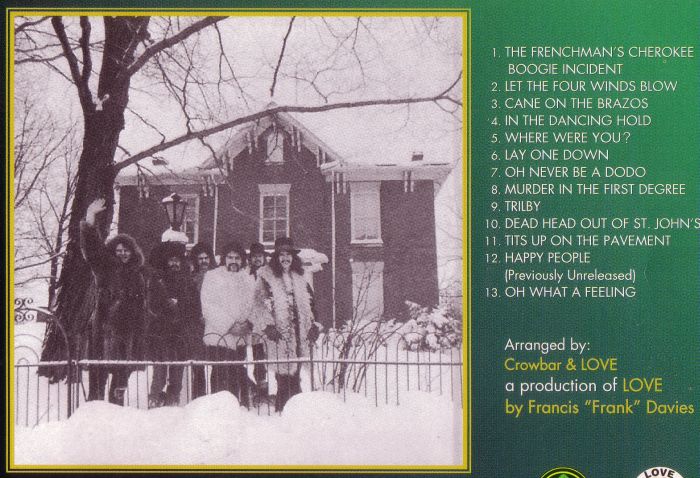