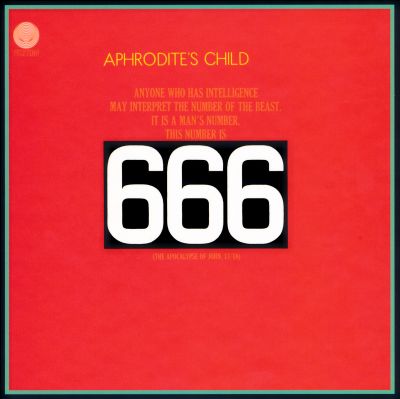 666 (subtitled The Apocalypse of John, 13/18) is the third and final studio album and only double album by Greek progressive rock band Aphrodite's Child, released in June 1972 by Vertigo Records. Ostensibly an adaptation of Biblical passages from the Book of Revelation, it is the group's most critically acclaimed project. Due to internal tensions during the recording process and conflict with the record company, by the time it was released the band had already disbanded and its members had begun work on solo projects. The concept for 666 was created by Vangelis and film director Costas Ferris, who served as the project's lyricist. Ferris cited as influences the nonlinear narrative style of films Intolerance, Rashomon, Citizen Kane and The Killing, as well as the Beatles' Sgt. Pepper's Lonely Hearts Club Band and the Who's Tommy. The central concept is a countercultural interpretation of the Book of Revelation, in which a circus show based on the apocalypse performs for an audience at the same time that the real apocalypse takes place outside the circus tent, and at the end the two merge into one. Ferris described the result as a "concept book", and stated that he intended for the narration to be looser than Tommy, but more rigid than Sgt. Pepper.

IGN ranked the album number 3 on their list of Top 25 Prog Rock Albums. In the Q & Mojo Classic Special Edition ‘’Pink Floyd & The Story of Prog Rock’’, the album came number 40 in its list of "40 Cosmic Rock Albums". 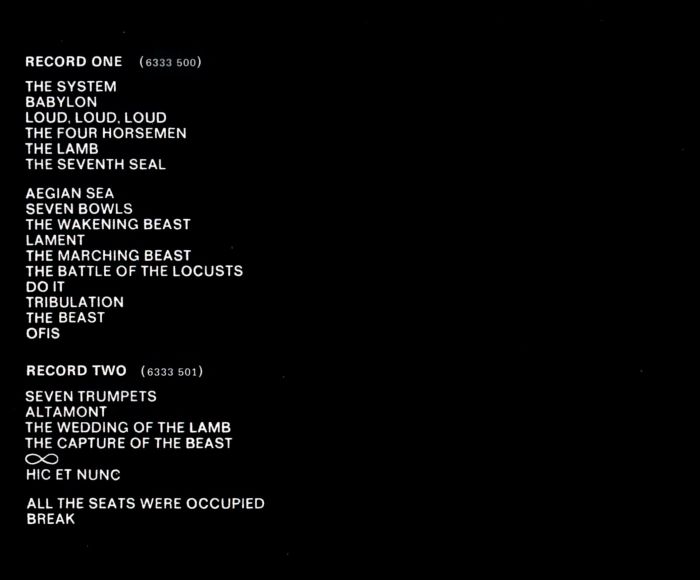