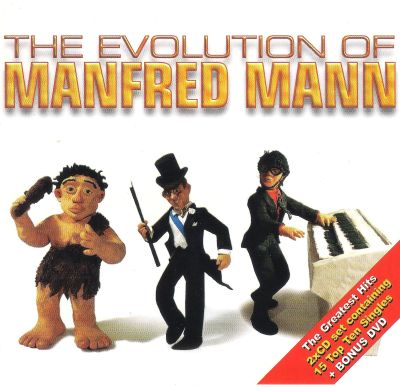 Manfred Sepse Lubowitz, known professionally as Manfred Mann is a South African–English keyboardist, arranger, singer and songwriter. He is best known as a founding member and eponym of the bands Manfred Mann, Manfred Mann Chapter Three and Manfred Mann's Earth Band. Strongly opposed to the apartheid system in his native South Africa he moved to the United Kingdom in 1961 and began to write for Jazz News under the pseudonym Manfred Manne (after jazz drummer Shelly Manne), which was soon shortened to Manfred Mann. The next year he met drummer and keyboard player Mike Hugg at Clacton Butlins Holiday Camp; together they formed a large blues-jazz band called the Mann-Hugg Blues Brothers. This eventually evolved into a five-piece group, and they signed a record deal with EMI in 1963, under the HMV label. They changed their name to Manfred Mann at the suggestion of the label's record producer, and from 1964 to 1969 they had a succession of hit records, including "Do Wah Diddy Diddy" (originally by The Exciters), "Sha La La" (originally by The Shirelles), "Pretty Flamingo", and "Mighty Quinn" (written by Bob Dylan). The group split up in 1969, and Mann immediately formed another outfit with Mike Hugg, Manfred Mann Chapter Three, an experimental jazz rock band. They disbanded after two albums, but Mann formed a new outfit in 1971, Manfred Mann's Earth Band, which still records and performs to this day. Their well-known hits included three Springsteen covers, "Spirit in the Night", "For You" and "Blinded by the Light", as well as a number of covers of other artists, including "Runner" (Ian Thomas), "Davy's on the Road Again" (The Band), "You Angel You" (Bob Dylan), "Demolition Man" (The Police), "Lies (Through the '80s)" and "Joybringer" (based upon "Jupiter, the Bringer of Jollity" from The Planets by Gustav Holst.) Manfred Mann also appeared as a jazz pianist in the 1969 Jesús Franco film Venus in Furs, and performed the score for that film. He has also released solo projects under "Manfred Mann's Plain Music" and "Manfred Mann '06". 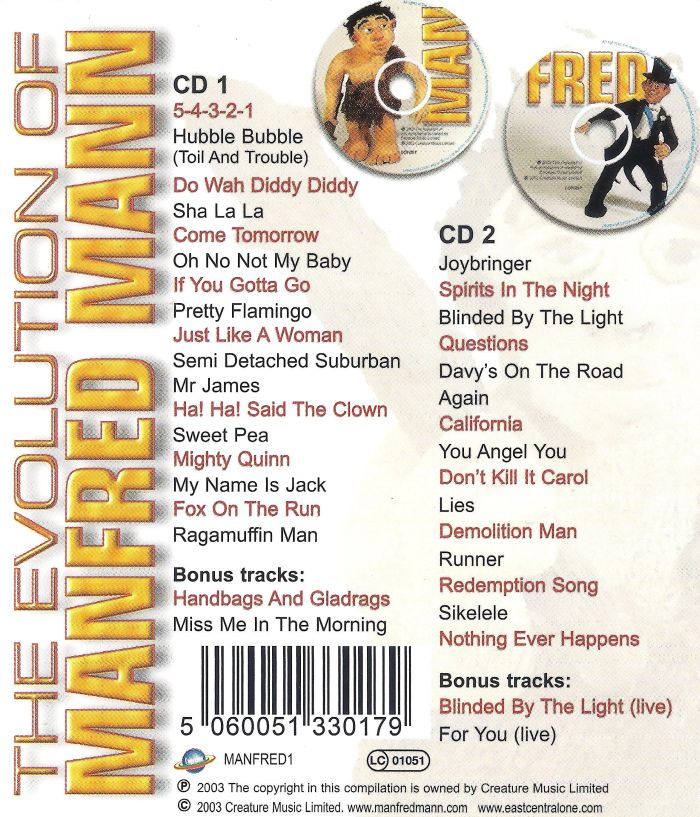