Steve Cropper, sometimes known as "The Colonel", is an American guitarist, songwriter and record producer. He is the guitarist of the Stax Records house band, Booker T. & the M.G.'s, which backed artists such as Otis Redding, Sam & Dave, Carla Thomas, Rufus Thomas and Johnnie Taylor. He also acted as the producer of many of these records. He was later a member of the Blues Brothers band. Rolling Stone magazine ranked him 39th on its list of the 100 greatest guitarists of all time, while he has won two Grammy Awards from his seven nominations.

After years of being a team player, Steve Cropper got to make a solo album for the label he helped put on the map, Stax Records (actually their Volt subsidiary). As you might figure, it turned out as an instrumental soul album, and a darn good one, too. It's a bona fide Telecaster-soaked dance workout, with Cropper turning in signature versions of "Land of a Thousand Dances," "99 1/2," (which features a particularly nasty period fuzz guitar), "Funky Broadway," "Boo-Ga-Loo Down Broadway," "In the Midnight Hour," and original instrumentals like "Crop Dustin'" and the closer "Rattlesnake." A solid and soulful little side project that holds up quite well years later. 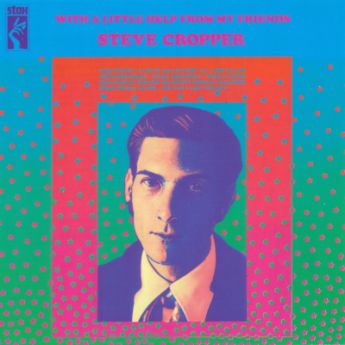 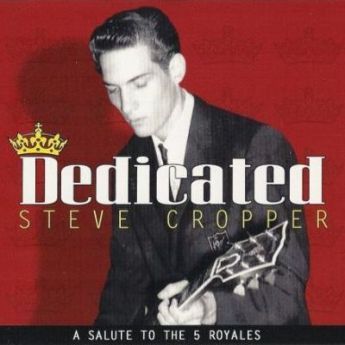 Steve Cropper has said in numerous interviews that his main influence as a guitarist was Lowman Pauling, chief songwriter, arranger, and axeman of North Carolina's 5 Royales, a '50s-era group that wedded doo wop, jump blues, gospel, and jazz in an R&B style that scored them numerous hits throughout the 1950s. The 5 Royales also featured lead vocalist Johnny Tanner (and occasionally younger brother Eugene) supported by backing singers Otto Jeffries, Jimmy Moore, and Obadiah Carter. Cropper was approached by producer Jon Tiven (who he'd previously worked with on the first of his two collaborations with Felix Cavaliere) about collaborating on a tribute album to the 5 Royales, and jumped at the chance. Dedicated: A Salute to the 5 Royales, which represents the latest chapter in a late-career resurgence for Cropper, one of the most influential soul guitarists in history, combines the talents of a red hot studio band Cropper, bassist David Hood, keyboardist Spooner Oldham, percussionist Steve Ferrone, drummer Steve Jordan, and Neal Sugarman and Tiven on horns. In addition, Cropper and Tiven enlisted a stellar group of vocalists to perform 5 Royales standards: Lucinda Williams, Sharon Jones, Bettye LaVette, Delbert McClinton, Willie Jones, B.B. King, Shemekia Copeland, Buddy Miller, Dan Penn, Brian May, Steve Winwood, John Popper, and Dylan LeBlanc, fronting a great cast of backing singers. Despite the historic material and arrangements, Dedicated is a decidedly contemporary recording in production, saving it from the dubious fate of numerous other tribute albums that seek to re-create the actual vibe of original recordings. It begins with an excellent rendition of "Thirty Second Lover" featuring Winwood, but, fine as it is, it's a teaser for what's to come. LaVette and Willie Jones tear up "Don't Be Ashamed." On "Dedicated to the One I Love," Williams literally sends shivers up and down the spine as she uses her gauzy, slow, emotive voice to wrench every ounce of emotion from the verses with Penn adding another dimension to them on the bridge. Speaking of Penn, an excellent but reluctant lead singer, his reading of "Someone Made You for Me" is one of the most unexpectedly endearing performances on the set. McClinton's "Right Around the Corner" puts these rhythm & blues in the heart of honky tonk country. The back-to-back readings of "Messin' Up" by Jones and "Say It" by LaVette come close to stealing the show but Williams still holds on with the title track and her searingly naked "When I Get Like This" as the closer. Cropper also takes a couple of economical but stinging instrumental breaks on "Help Me Somebody" and "Think" that reveal the depth of Pauling's genius as well as his own. Given what a mixed bag tribute albums usually are, Dedicated is not only a surprise for its consistency, but a shining example of what they can and should be. 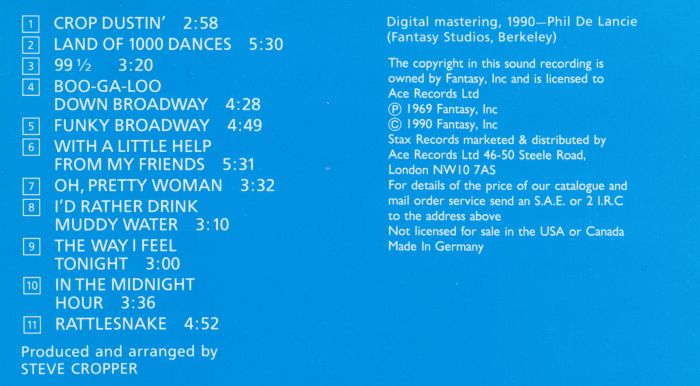 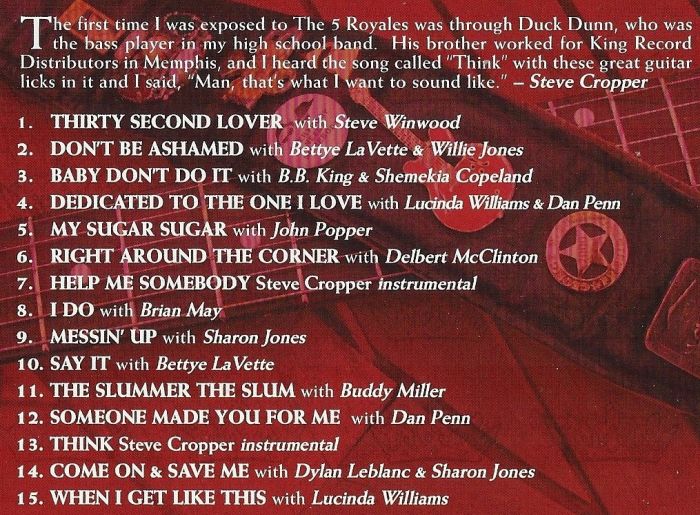