Pretties for You is the debut studio album by American rock band Alice Cooper, released on June 25, 1969, by Straight Records. At this time, the name "Alice Cooper" referred to the band and not its lead singer Vincent Furnier. The album has a psychedelic flavor to it; the group had yet to develop the more concise hard rock sound that they would become famous for. Most of the tracks feature unusual time signatures and arrangements, jarring syncopation, expressive dynamics, sound effects, and an eclectic range of music influences. A few songs, such as "Levity Ball", show the influence of Syd Barrett-era Pink Floyd, with whom the band hung out during the British group's U.S. tour. Alice Cooper guitarist Glen Buxton stated he could listen to Barrett's guitar playing for hours on end. The artwork for this album is a painting by Edward Beardsley. It was originally hanging on the wall of the living room in Frank Zappa's house, and his wife Gail Zappa stated that it was later stolen from them. 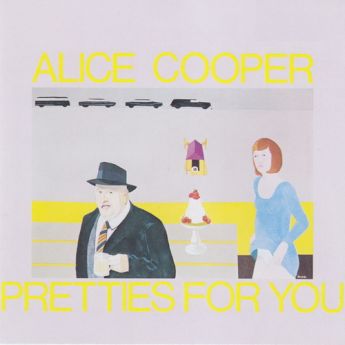 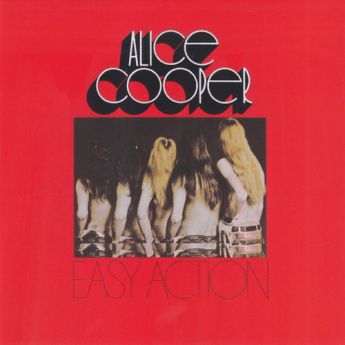 Easy Action is the second studio album by the American rock band Alice Cooper, released by Straight Records in March 1970. The title comes from a line from one of the band's favorite films, the musical West Side Story. As with Pretties for You, the band's debut from the previous year, Easy Action was neither a commercial nor critical success. Singles include "Shoe Salesman" and "Return of the Spiders". Drummer Neal Smith later said of the record producer David Briggs, "David hated our music and us. I recall the term that he used, referring to our music, was 'Psychedelic Shit'. I think Easy Action sounded too dry, more like a TV or radio commercial and he did not help with song arrangement or positive input in any way." None of Easy Action’s songs have ever been performed live by Cooper since the tour in support of their third album Love It to Death; in fact, only "Return of the Spiders" was performed on the tour for that album.

Love It to Death is the third studio album by American rock group Alice Cooper, released in March 1971. It was the band's first commercially successful album and the first album that consolidated the band's aggressive hard-rocking sound. The album's best-known track, "I'm Eighteen", was released as a single to test the band's commercial viability before the album was recorded. Formed in the mid-1960s, the band took the name Alice Cooper in 1968 and became known for its outrageous theatrical live shows. The loose, psychedelic freak rock of the first two albums failed to find an audience. The band moved to Detroit in 1970 where they were influenced by the aggressive hard rock scene. A young Bob Ezrin was enlisted as producer; he encouraged the band to tighten its songwriting over two months of rehearsing ten to twelve hours a day. The single "I'm Eighteen" achieved top-forty success soon after, peaking at No./21. This convinced Warner Bros. that Alice Cooper had the commercial potential to release an album. After its release in March 1971, Love It to Death reached No./35 on the Billboard 200 albums chart and has since been certified platinum. The album's second single, "Caught in a Dream", charted at No./94. 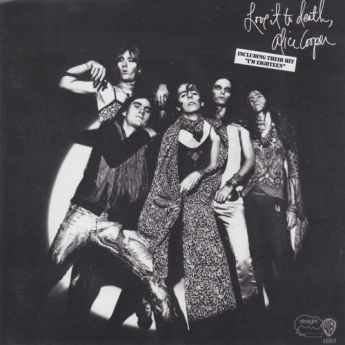 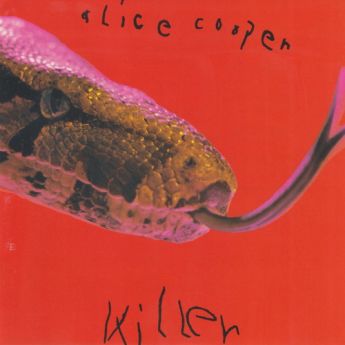 Killer is the fourth studio album by the Alice Cooper band, released in November 1971. The album reached number 21 on the Billboard 200 album chart, and the two singles "Under My Wheels" and "Be My Lover" made the Billboard Hot 100 chart. Rolling Stone's Lester Bangs gave it a favorable review. He explained that "it brings all the elements of the band's approach to sound and texture to a totally integrated pinnacle that fulfills all the promise of their erratic first two albums" and that "each song on [the] album finds him in a different role in the endless movie he is projecting on them." He concluded by calling Alice Cooper "a strong band, a vital band, and they are going to be around for a long, long time.