This band is more significant for who they included than what they produced. Singer Stewart Brown had grown up with Reggie Dwight, later Elton John, and co-founded the band Bluesology with him. After the demise of Cochise, Mick Grabham made a solo album in 1972 and joined Procol Harum the following year. B.J. Cole also recorded a solo album in 1972, called New Hovering Dog, before becoming an important session musician playing with Elton John, Uriah Heep and many others throughout the 1970s. Rick Wills and John "Willie" Wilson played on David Gilmour's debut solo album in 1978.

There was a lot of talent involved in the making of Cochise's debut album. Guitarist Mick Grabham went on to play in Procol Harum; bassist Rick Wills would later join Foreigner; B.J. Cole would be an in-demand pedal steel player on many sessions over the next few decades; drummer Willie Wilson would play with Pink Floyd; Dick Taylor, who'd just left the Pretty Things, produced; and Storm Thorgerson of Hipgnosis (famous for working on Pink Floyd LP covers) designed a striking and, for the period, daring cover of a woman's unadorned breasts. The credits on a résumé don't always guarantee an outstanding album, however, and Cochise is one of those '60s-turning-into-'70s records that treads an uneasy line between eclectic diversity and a lack of direction. It's so-so period 1970 British rock, distinguished just slightly by a more country-ish flavor than the norm, courtesy of Cole's pedal steel. It's not country-rock, however, and some of the songs in fact owe little or nothing to the form. Numbers like "Painted Lady" and "Moment and the End" are tense, meandering hard rock tunes; the latter cut, in fact (as well as sections of some others, like "Velvet Mountain") sounds kind of like late-'60s/early-'70s Guess Who LP filler. There's a wistful rural feel to parts of the material that suggests some promise, but that mood's shattered by an unnecessary, pedestrian heavy rock cover of Simon & Garfunkel's "59th Street Bridge Song." 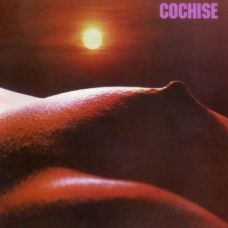 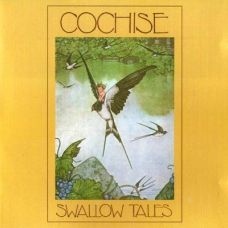 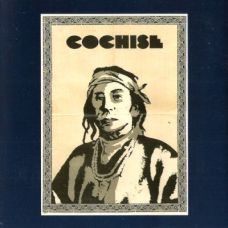 Prior to recording their second album, Cochise underwent a major change in personnel, with singer Stewart Brown getting replaced by John Gilbert. As Brown had written some of the material on Cochise's 1970 self-titled debut, that left the songwriting wholly in the hands of guitarist Mick Grabham and pedal steel player B.J. Cole. Still, the music remained largely the same -- middle-of-the-pack early-'70s album-oriented British rock, sometimes hard and sometimes with a more reflective, folkier feel, though always with a more country-rock-ish tinge than most (owing largely to Cole's pedal steel). But as on their first album, Cochise had neither the stylistic distinction nor the top-shelf songwriting to attract wide notice, their approach encompassing a hard rocking update of Buddy Holly's "Love's Made a Fool of You"; original material which somewhat recalled the Guess Who's rootsier side; and lightweight U.S. West Coast folk-country-rock. As far as the latter style goes, "Lost Hearts," with a light early Love influence, is their best effort, while "Another Day" sounds a little like a cross between Crosby, Stills & Nash and the early Bee Gees, as peculiar as that mixture may seem.