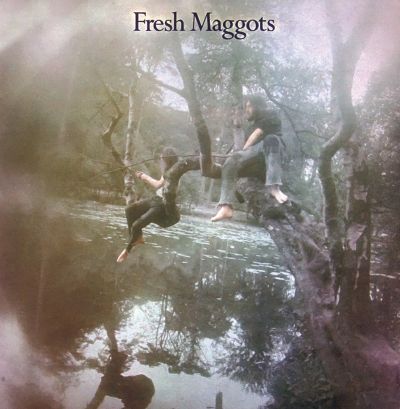 Fresh Maggots were a short-lived folk duo from Nuneaton, Warwickshire in England, consisting of Mick Burgoyne and Leigh Dolphin, who played a variety of instruments including guitars, glockenspiel, tin whistles and strings. Taking their name from a newspaper advert for a sports shop that proclaimed "fresh maggots always available", the pair were spotted by Mike Berry of the Sparta Florida Music Company in September 1970 while playing only their second concert at Wolvey village hall, and signed a publishing deal with the company. Fresh Maggots (1971), RCA Victor reissued in 2006 on Sunbeam as Fresh Maggots...Hatched This legendary album combines gentle, pastoral songs with violent fuzz guitar to stunning effect. Though it san.k without trace on its original release, it has since acquired a major reputation amongst acid folk fans. Presented here with rare photographs, detailed sleeve notes, and seven bonus tracks (including the duo's rare non-album single and a previously unheard 1971 radio session). This is the most comprehensive collection of their music ever assembled. "The British folk-rock duo of Mick Burgoyne and Leigh Dolphin were just 19 years of age when their sole, self-titled album came out in 1971. Comprised entirely of original material, the LP has an admirable array of textures, adding some heavily distorted electric guitar and orchestration around an acoustic guitar base." 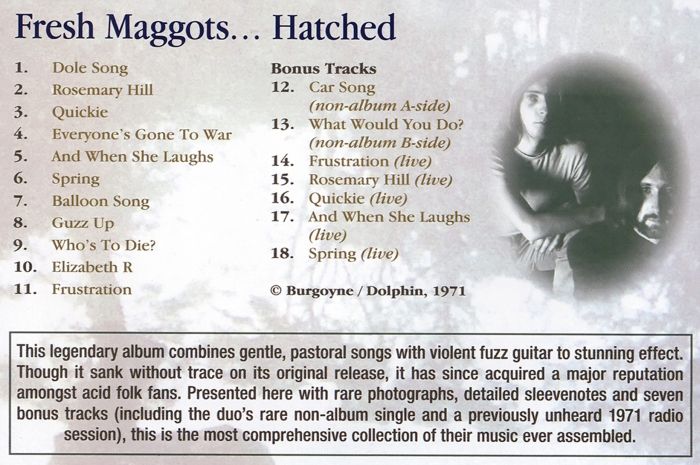