For Ladies Only is the sixth studio album by Canadian-American rock band Steppenwolf. The album was released in November 1971, by Dunhill Records. It is a political concept album mainly about feminism but with several more conventional songs about romance as well, both unusual themes for Steppenwolf. Some critics saw the album as sexist, citing the lyrics of the songs and a photo of a car shaped like a penis alongside the Hollywood Walk of Fame in the gatefold. The album saw the band hinting toward the progressive rock movement that was popular at the time with more complex arrangements and sophisticated keyboard playing, particularly on the title track. Like their previous album, it was accompanied by two minor hit singles which fell just short of the Top 40. Lead guitarist Kent Henry from Blues Image, replaced Larry Byrom prior to recording this album. The album was Steppenwolf's last of new material released prior to the band's initial breakup in February 1972. 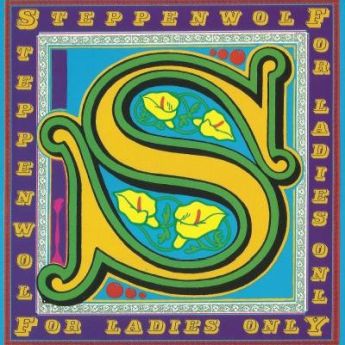 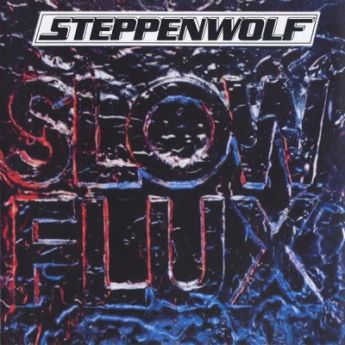 Slow Flux is the seventh studio album by Canadian-American rock band Steppenwolf. The album was released in August 1974, by Epic Records. In the US it was released on the Mums Records label, a short-lived CBS Records subsidiary. It was the first of three albums the band created after reforming in 1974 before they disbanded again in 1976. "Straight Shootin' Woman" was the last Steppenwolf song to chart on the Billboard magazine Top 40. The song "Children of the Night" notably posits that the hippie movement at this time had died, and president Richard Nixon is referred to as "the fool who believed that wrong is right". Guitarist and composer Bobby Cochran replaced Kent Henry on lead guitar in this reformed lineup, until the 1976 breakup. Cochran is the late Eddie Cochran's nephew. This was the last Steppenwolf album that Goldy McJohn would play on. He was sacked from the band by bandleader John Kay in 1975. A horn section also played on the album.

Hour of the Wolf is the eighth studio album by Canadian-American rock band Steppenwolf. The album was released in September 1975, by Epic Records. Andy Chapin replaced long time keyboardist Goldy McJohn on this album. AllMusic gave the album a negative retrospective review, saying the songs are all competent but adhere too closely to Steppenwolf formulas that had already been played out. The material is all adequate, but where Kay was crafting an interesting direction on his Forgotten Songs & Unsung Heroes solo disc, abandoning those elements for the somewhat tried and true is this album's dilemma. When Kay does touch upon that venture slightly, as on the slide guitar and slick chorus vocals of "Another's Lifetime," it is most satisfying. 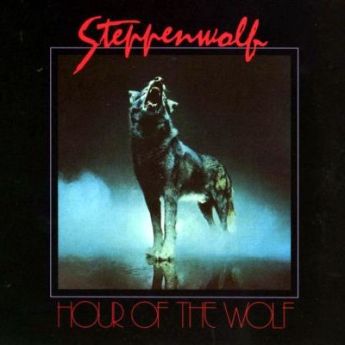 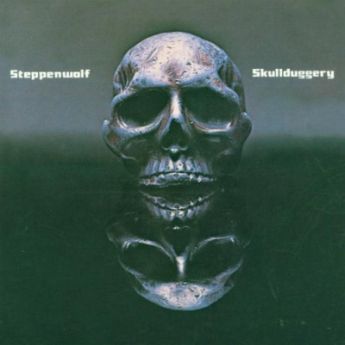 Skullduggery is the ninth studio album by Canadian-American rock band Steppenwolf. The album was released in May 1976, by Epic Records. It was the third of four released by Epic Records, and the last to feature keyboardist Wayne Cook, who left to join Player in 1977. Announcing the supposed end of Steppenwolf in early 1972, group prime mover John Kay explained that “we were locked into an image and a style of music and there was simply nothing new for us to look forward to.” Two years later, after an apparent change of heart, Steppenwolf reformed. Unfortunately, though, its recent work has largely confirmed the wisdom behind the original decision to disband. The majority of Skullduggery‘s eight tracks serve only to demonstrate the most vacuous side of the group’s raunchy rock style. After this release, the band didn't produce again until the early 1980s.