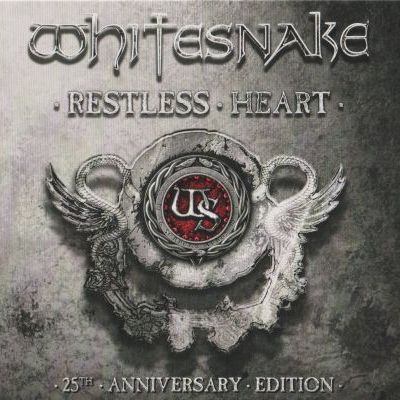 Even though they were a global chart-topping, hit-making machine less than ten years prior, David Coverdale came up empty when he tried to find a U.S.-based record company to issue the group's 1997 release, Restless Heart (available Stateside only as an import). To Coverdale's credit, he did not attempt to give Whitesnake a modern-day makeover (which so many pop- metal bands of the late '80s did post-Nirvana, and failed miserably), as he follows in the same melodic rock mold of Whitesnake's previous two releases, 1987's Whitesnake and 1989's Slip of the Tongue. Unlike the late-'80s edition of Whitesnake (which included Steve Vai, Tommy Aldridge, etc.), the 1998 version is not a showcase for rock's most renowned hired guns. In addition to Coverdale, the only holdover from the group's previous album is guitarist Adrian Vandenberg, who FINALLY gets the chance to appear on a full-length Whitesnake recording (after several close calls on the aforementioned releases). Instead of walloping listeners over the skull with an album opening rocker, Coverdale kicks things off on a mellow note, with the bluesy ballad "Don't Fade Away," but harder-edged material soon follows, including the riff-rocking title track, and "Crying," which shows the singer's Zeppelin fixation remains. The times may have changed, but David Coverdale is content with his old sound -- and longtime Whitesnake fans will be pleased. 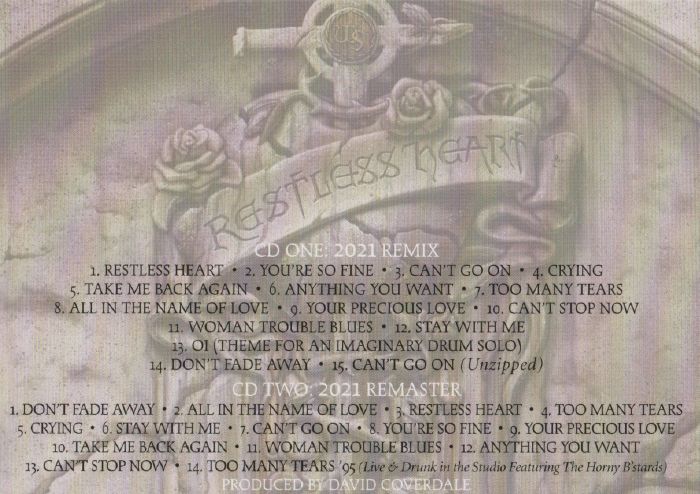