For a brief time in the early '90s, the supergroup Damn Yankees enjoyed a considerable amount of success on the arena rock circuit. Comprised of guitarist Ted Nugent, Styx's Tommy Shaw, Night Ranger's Jack Blades, and drummer Michael Cartellone, Damn Yankees arrived during the final moments of pop-metal's heyday, and their music didn't stray from that radio-friendly format at all. The group's self-titled debut album spawned several hits in 1990, including the Top Ten power ballad "High Enough" and the radio hit "Coming of Age." Although they proved to be a popular concert draw (Nugent even made headlines for his unchained behavior on-stage, which included shooting arrows into an effigy of Saddam Hussein), the band's follow-up effort, Don't Tread, didn't fare nearly as well. The group disbanded soon after, with Tommy Shaw and Jack Blades continuing to work together as Shaw Blades. 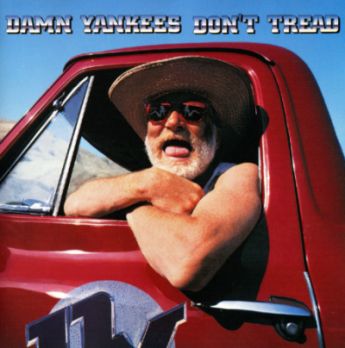