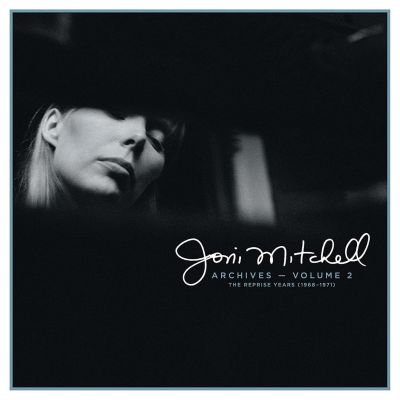 Archives, Volume 2 - The Reprise Years (1968-1971) is a five-disc box set by Canadian singer-songwriter Joni Mitchell, released on November 12, 2021, by Rhino Records. The box set is the seventh overall release and second offering of unreleased material from the Joni Mitchell Archives, a planned series of releases containing remastered material from the singer's archives. Formatted in chronological order, the second volume of the series includes archived material that was recorded in the years between the release of Mitchell's debut studio album, Song to a Seagull (1968) and her fourth studio album, Blue (1971). The tracks on Archives, Volume 2 have been sequenced chronologically to follow Mitchell in real time through one of the most creative periods of her career. The collection uncovers several unreleased Mitchell originals, including “Jesus” recorded in 1969 at her friend Jane Lurie’s New York apartment in Chelsea, which also served as the setting for the song “Chelsea Morning.” Other highlights include Mitchell’s performance at Le Hibou Coffee House in Ottawa on March 19, 1968 that was recorded by Jimi Hendrix and a concert at the Paris Theatre in London on October 29, 1970 that was broadcast on the BBC. The latter includes several songs destined to appear on Blue the following year: “Carey,” “River” and “My Old Man.” In addition, singer-songwriter James Taylor joined Mitchell to perform with her during the second half of the show. 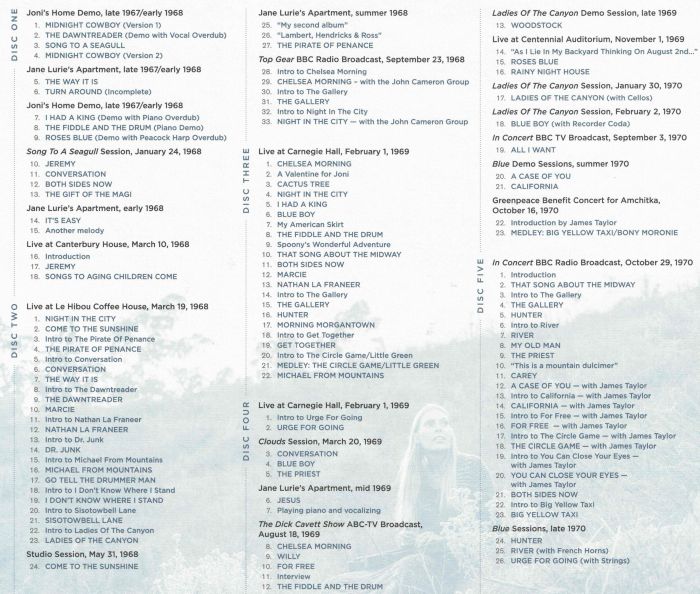