On Your Feet or on Your Knees is the first live album by American rock band Blue Öyster Cult, released by Columbia Records on February 27, 1975. The album features three songs from each of the band's first three studio albums, two covers ("I Ain't Got You", albeit with modified lyrics, and "Born to Be Wild"), and one ("Buck's Boogie") original instrumental that remains a staple of the band's live shows to this day. The 12 songs include performances at the Academy of Music in New York City, the Paramount Theatre in Portland, the Paramount Theatre in Seattle, the Show Palace in Phoenix, the Long Beach Arena, the P.N.E. Coliseum in Vancouver and the Capitol Theatre in New Jersey, though it is not clear which songs came from which venues and on what dates. The cover lettering designed by Gerard Huerta, also used on the 2012 boxed set, was one of the first "Heavy Metal" logo designs. The album reached No. 22 on the Billboard 200, in so doing becoming the band's highest-charting album in the United States. 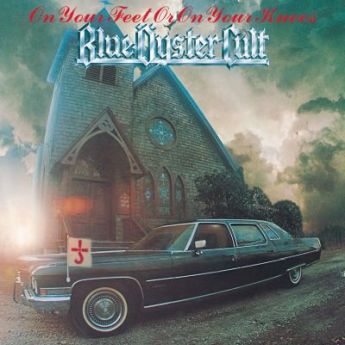 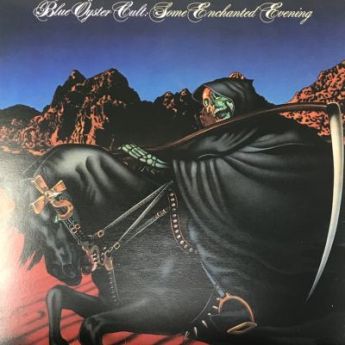 Some Enchanted Evening is the second live album by the American hard rock band Blue Öyster Cult, released in September 1978. It is Blue Öyster Cult's best-selling album, having sold two million copies,including over a million in the United States. The album's seven original tracks were recorded at various locations in the United States and England. The album was re-issued on CD in early 2007 on Legacy Recordings and included seven previously unreleased bonus tracks recorded in various locations around the US, along with a DVD entitled Some Other Enchanted Evening, which featured a previously unreleased performance videotaped at the Capital Centre in Largo, Maryland on July 14, 1978.