Bass-player Glenn Cornick then known as Glenn Barnard, began his musical career as a member of the mid-60s outfit, Joey And The Jailbreakers. He also worked with a number of similarly underachieving outfits, such as the Vikings, Formula One, the Hobos and the Executives. Eventually he graduated into Blackpool’s John Evan’s Smash, soon to become known as Jethro Tull. Famous as much for his psychedelic costumes as his musicianship, Cornick spent three successful years with the band until quitting in 1970. 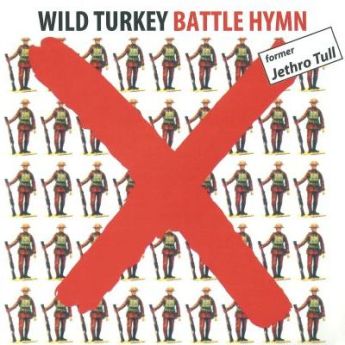 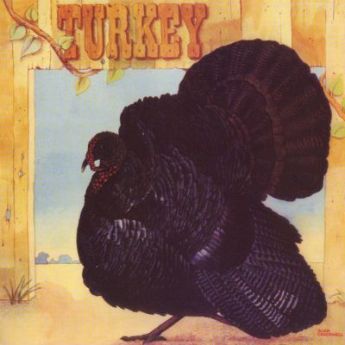 Cornick recruited Jon Blackmore (guitar), Graham Williams (lead guitar), John ‘Pugwash’ Weathers (drums, ex-Eyes Of Blue) and Gary Pickford Hopkins (guitar, vocals, ex-Eyes Of Blue) to become Glenn Cornick’s Wild Turkey. However, within months of the band’s first rehearsals, Williams and Weathers had both defected to Graham Bond’s group. Their replacements were Man’s original drummer, Jeff Jones, and lead guitarist Alan ‘Tweke’ Lewis. The band had also shortened its name simply to Wild Turkey by the time its debut, Battle Hymn, was released for Chrysalis Records in 1971. Reviews were good and the band seemed to be in the ascendancy as they played regularly to audiences of up to 20, 000 as support to Black Sabbath. Soon after a successful support to Jethro Tull in America, Jon Blackmore deserted the band for a writing career with the New Musical Express, and Cornick recruited former roadie Steve Gurl (keyboards) and Mick Dyche (drums). The new line up’s only single, ‘Good Old Days’, preceded the release of Turkey in 1972. However, it failed to match the impact of the debut and the band imploded.