L.A. Guns are an American glam metal band from Los Angeles, California, formed in 1983. The lineup currently consists of Tracii Guns (lead guitar), Phil Lewis (lead vocals), Ace Von Johnson (rhythm guitar, backing vocals), Johnny Martin (bass, backing vocals) and Scot Coogan (drums). The first incarnation of the group was formed by Tracii Guns and Rob Gardner in 1983 and merged with fellow Los Angeles group, Hollywood Rose, to form Guns N' Roses in March 1985. After only a brief tenure in that band, Guns reformed L.A. Guns with a new lineup, consisting of Paul Black, Mick Cripps, Robert Stoddard, and Nickey Alexander. Black would soon be replaced by former Girl singer Phil Lewis while former Faster Pussycat bassist Kelly Nickels was added to the group. Later, Alexander would be replaced by former W.A.S.P. drummer Steve Riley with this being known as the "classic lineup" of L.A. Guns. They achieved moderate chart success in the late 1980s and early 1990s. However, the group went through numerous lineup changes (with Riley being the most consistent member) and failed to regain mainstream attention.

Written and recorded during late 2020 and early 2021, "Checkered Past" sees Tracii Guns, Phil Lewis and company continuing with the darker lyrical tone of the preceding studio albums, "The Devil You Know" and "The Missing Peace", while incorporating their classic rock influences into the mix. Heavier songs are mixed with bluesier, boogie inducing tracks and dark, introspective ballads, often harkening back to the first three albums the band made, but also pushing the band forward. 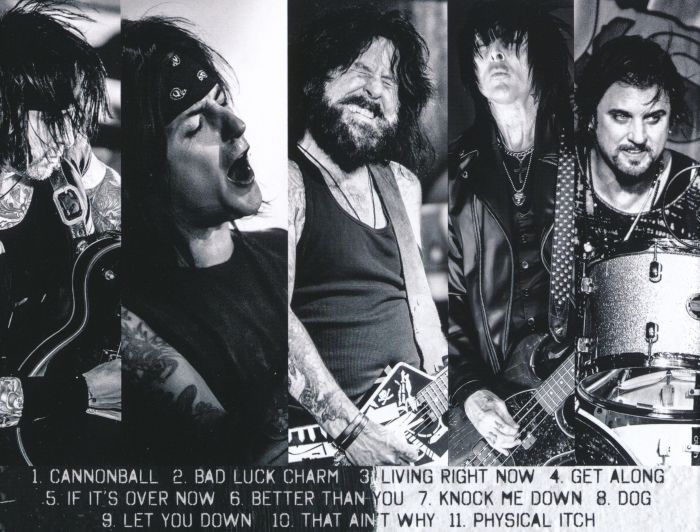