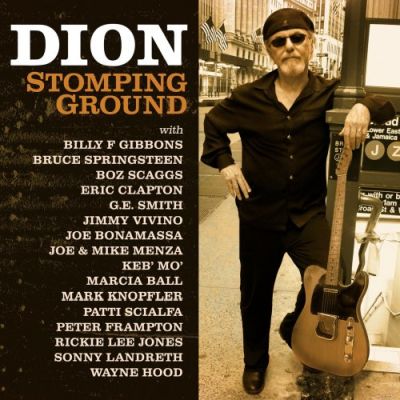 Following Dion’s critically acclaimed Blues With Friends (2020), once again an all-star cast joins him on his new album, Stomping Ground out November 19 on Keeping the Blues Alive Records (KTBA), produced by Wayne Wood and Dion. Recorded during the pandemic, the album features guests Boz Scaggs, Mark Knopfler, Eric Clapton, Peter Frampton, Patti Scialfa, Bruce Springsteen, Billy F Gibbons, Keb’ Mo’, Sonny Landreth, Joe Menza, Mike Menza, Marcia Ball, Jimmy Vivino, Rickie Lee Jones, Wayne Wood, Joe Bonamassa, and G.E. Smith. Stomping Ground also includes liner notes by Pete Townshend. With 14 tracks, mostly co-written by Dion and Mike Aquilina, Stomping Ground finds the Rock & Roll Hall of Famer in his authentic blues/rock & roll element with famed musicians joining in. A smooth, soulful vocalist, Dion allows space for guest artists to lend their unique style to each song. Their contributions ultimately serve the songs, never overpowering what are innately great tracks. Dion is the hub of this blues celebration. Dion is perhaps the only artist who has remained relevant and innovative from the 1950’s through to the present. In his teens, Dion sang on Bronx street corners and in local bars, gathering other singers, using their voices instead of instruments and in 1957 he formed Dion and The Belmonts. They created hit after hit with doo-wop and became a national sensation. Thereafter, his solo career in the 1960s, 70s and 80s produced a string of #1 hits. Inducted into the Rock and Roll Hall of Fame in 1989, Dion helped ring in the age of rock and roll. He is cited as a major influence on such artists as Bruce Springsteen, Paul Simon, Lou Reed and more. The Blues are Dion’s stomping ground. With influences of rock and R&B, the songs on the album are varied and interesting, from rock & roll to blues to slow burning and soulful. Stomping Ground furthers Dion’s amazing and continuing musical journey. 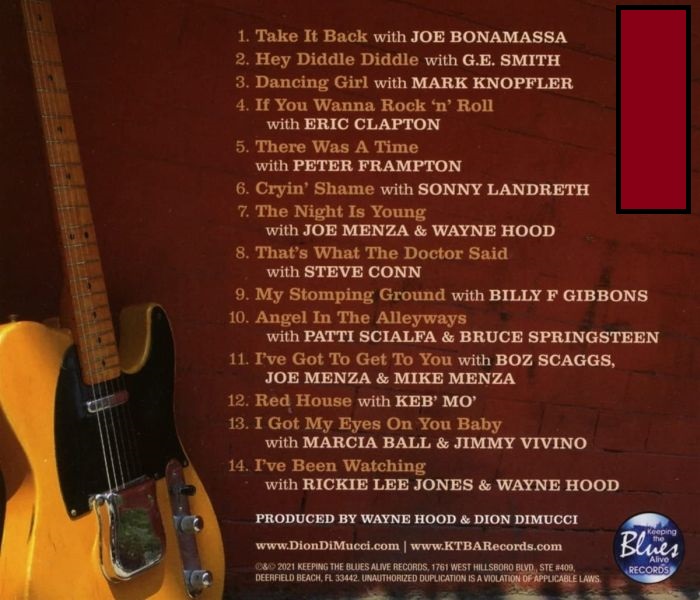