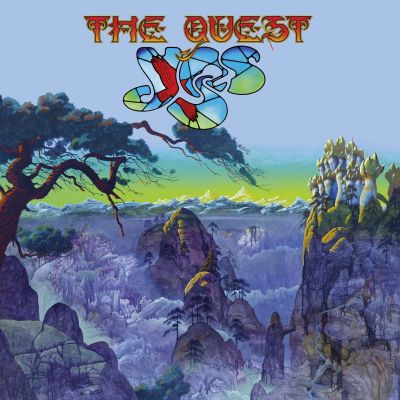 The Quest is the twenty-second studio album by English progressive rock band Yes, released on 1 October 2021 by InsideOut Music and Sony Music. It is their first studio album featuring Billy Sherwood since The Ladder (1999), having replaced founding bassist Chris Squire following his death in 2015, and their first without any original members. It was produced by guitarist Steve Howe. After completing touring commitments in July 2019, Yes began to collaborate on new material by exchanging ideas for songs online. The subsequent COVID-19 pandemic caused all touring to be cancelled in March 2020, which presented the opportunity for them to focus on the album during lockdown. When the songs had been arranged, the album was recorded in California and England and orchestral arrangements by Paul K. Joyce were performed by the FAMES Orchestra in North Macedonia. Frontman Jon Davison was the main lyricist, who wrote about various themes including hope, optimism, and environmental issues. The Quest was released in various formats, including CD, LP, Blu-ray Disc, and on digital platforms, and debuted on the UK Albums Chart at number 20. It received generally positive reviews for Howe's production and as an overall improvement over Yes' previous album Heaven & Earth (2014). 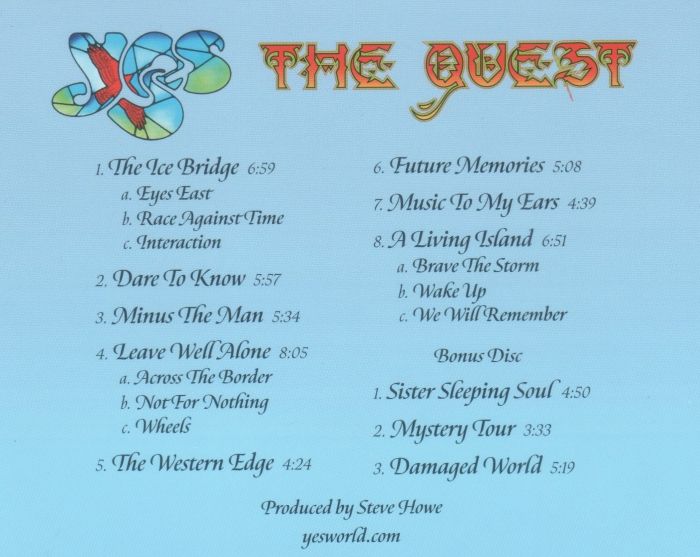