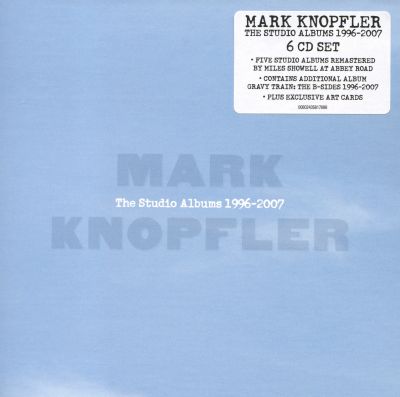 Mark Knopfler, singer-songwriter, record producer and composer, is one of the most successful musicians the UK has ever produced and is often cited as one of the greatest guitarists of all time. He first came to prominence in the 70s & 80s as leader of Dire Straits, who created many of the signature songs of the era including “Sultans Of Swing,” “Money For Nothing,” “Romeo And Juliet,” and “Walk Of Life.” The band broke up in 1995 and Knopfler set off on a new path as a solo artist. In the ensuing years, Knopfler has released nine solo albums of sophisticated rootsy rock and has continued to tour the globe with his band, delighting audiences wherever he goes. Over the years, Knopfler has written the music for several films, including Local Hero , Cal, The Princess Bride, Last Exit To Brooklyn and Wag The Dog and has played and recorded with many artists, including Bob Dylan, Van Morrison, Tina Turner, Randy Newman and the late Chet Atkins. Knopfler was made an OBE in 1999 and was given the Lifetime Achievement Award at the Ivor Novellos in 2012. Gathering his first five post-Dire Straits solo albums (not counting film scores), and a bonus disc of B-sides titled The Gravy Train, this collection is as sleepy and nonchalant as an old friend’s affable shrug. Knopfler does what he does, blending folk, blues, country and rock into a tension-free take on Americana that’s faintly personal but more about delivering a carpet atmosphere of reflective rumination.

The audio of each album has been newly remastered by Miles Showell at Abbey Road Studios in London. 6 CD remastered collection in clamshell-style box. CDs housed in wallets with folded double-sided printed inserts. 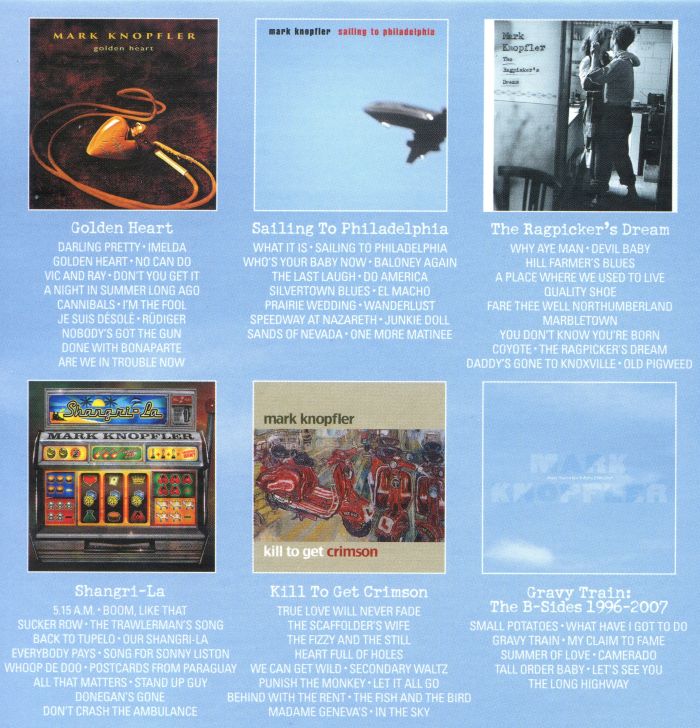