Graham Nash is a British-American singer-songwriter and musician. Nash is known for his light tenor voice and for his songwriting contributions as a member of the English pop/rock group the Hollies and the folk-rock supergroups Crosby, Stills & Nash and Crosby, Stills, Nash & Young. Nash became an American citizen on 14 August 1978 and holds dual citizenship with the United Kingdom and the United States. Nash is a photography collector and a published photographer. He was inducted into the Rock and Roll Hall of Fame as a member of Crosby, Stills & Nash in 1997 and as a member of the Hollies in 2010. Nash was appointed an Officer of the Order of the British Empire (OBE) in the 2010 Birthday Honours List for services to music and to charity. Nash holds four honorary doctorates, including one from New York Institute of Technology, one in Music from the University of Salford in 2011 and his latest Doctorate in Fine Arts from Lesley University in Cambridge, Massachusetts. 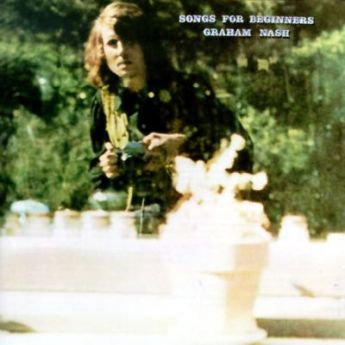 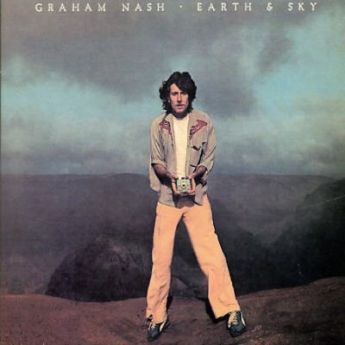 Songs for Beginners is Graham Nash's debut solo studio album. Released in May 1971, it was one of four high-profile albums (all charting within the top fifteen) released by each partner of Crosby, Stills, Nash & Young in the wake of their chart-topping Déjŕ Vu album of 1970, along with After the Gold Rush (Neil Young, September 1970), Stephen Stills (Stephen Stills, November 1970) and If I Could Only Remember My Name (David Crosby, February 1971). It peaked at No. 15 on the Billboard Top Pop Albums chart, and the single "Chicago" made it to No. 35 on the Billboard Hot 100. It has been certified a gold record by the RIAA.

Wild Tales is the second solo studio album by Graham Nash, released on Atlantic Records in 1974. It peaked at No. 34 on the Billboard 200. Nash blamed its failure to chart higher in the United States on a supposed lack of support and promotion from Atlantic Records. Following the protracted breakup of Crosby, Stills, Nash & Young in late 1974 and early 1975, Nash left the label and signed a contract with ABC Records as a duo with his CSNY partner David Crosby. Contrary to later reports, the darker tone of this album was not inspired by the murder of Nash's then-girlfriend, Amy Gossage, by her brother, an event that occurred more than a year after the release of this album and the dissolution of their relationship. Rather, Nash was in a somber mood in the wake of the failures of his earlier relationships with Joni Mitchell and Rita Coolidge, and the unwillingness at the time of the other members of Crosby, Stills, Nash & Young to reunite for a new album.

Innocent Eyes is the fourth solo studio album by Graham Nash, released in 1986. The influence of reggae shows in the hit song "Chippin' Away." The album reached No. 136 on the Billboard charts.