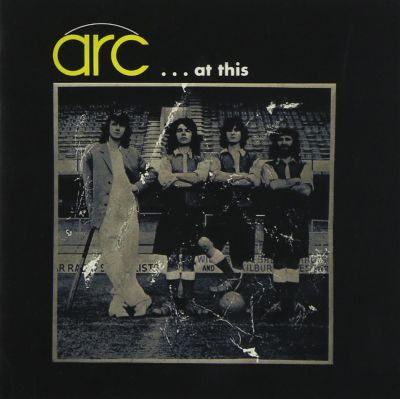 After singer Graham Bell joined Brian Davison's Every Which Way, English foursome ARC emerged from Skip Bifferty [aka Heavy Jelly] in 1970. They were a lesser but very talented blues-based heavy prog outfit comprised of Michael Gallagher's keys, Tom DUFFY's bass, the drums of David Montgomery and guitarist John Turnbull. Evidently they recorded two studio albums though only one is currently documented, 'At This' from 1971 on Decca. Occasionally compared to Patto though they also remind of Supertrump if that group had been young and hungry, ARC sound not unlike many bands of the era who took from what the Beatles had established but adding a harder, rawer feel mixed with the semi-classical sparks of early YES, making 'At This' a respectable collector's item. ARC were songwriters at heart and composed surprisingly good material easily overshadowed by the other more well-versed, attention-getting acts. Clearly progressive however, and a fine example of early melodic Prog before things got so involved. 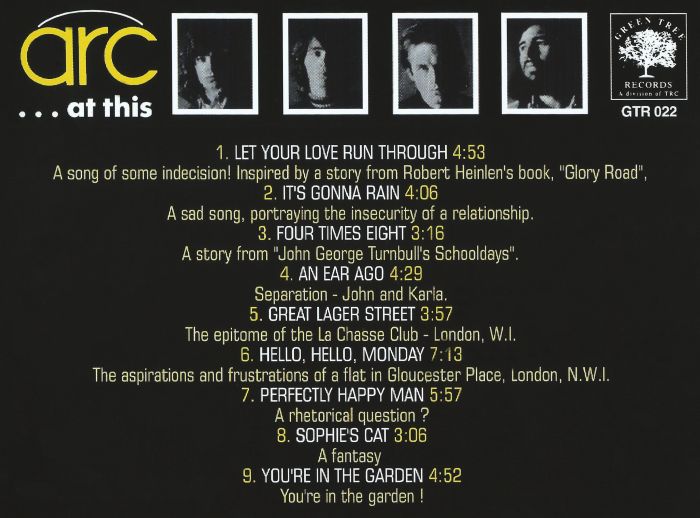