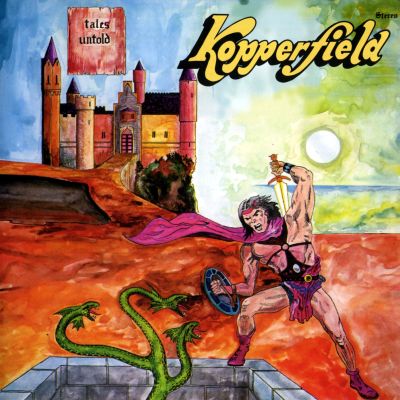 Michigan was a powerhouse region for rock & roll music in the late '60s and early '70s. From Motown to the MC5, the Stooges, and the System to lesser-known lights like the Rationals and Frijid Pink, the state was responsible for some of the most raucous and soulful rock music of the era. Kopperfield belongs, in a sense, to that last category of band, although they never earned even a modicum of commercial success. They did, however, gain a considerable following throughout the state and Midwest with their brand of progressive hard rock. Kopperfield emerged out of the ashes of a couple high school bands in Edwardsberg, MI. Keyboard player Keith Robinson and bassist Jerry Opdycke were in competing combos, but were also good friends who had frequently jammed and discussed the possibility of connecting in a band. The opportunity finally presented itself when their respective bands began to disintegrate in the fall of 1971. Opdycke soon put in a call to Robinson. Chuck Eagan and longtime friend Bill Wallace accompanied Opdycke into the group on guitars and Robinson brought in his little brother Jimmy as the lead vocalist. Tom Curtis, at the time playing bass in another band, joined on drums. The new collection of players jammed and gelled instantly and Kopperfield was formed. From the very beginning, they were writing a prodigious number of original songs. By 1972, they had worked up enough courage to journey to Chicago and record some of them, although they were still rough early efforts. By 1973, the material had improved so much that the band began work on its Tales Untold project in between extensive stretches on the road. Kopperfield also lost Wallace during this period and replaced him with another keyboard player and vocalist, Paul Decker. Tales Untold was finally finished and released in 1974 and Kopperfield immediately began work on its second LP, tentatively titled Back to Bitchin' (the album was never finished or released). They also signed with a booking agency out of Chicago, allowing them to open for groups and artists like Foghat, Country Joe McDonald, Kansas, the James Gang, and H.P. Lovecraft. By 1975, however, Kopperfield came to an end. In 2001, Gear Fab reissued virtually the entire recorded legacy of the band on CD. 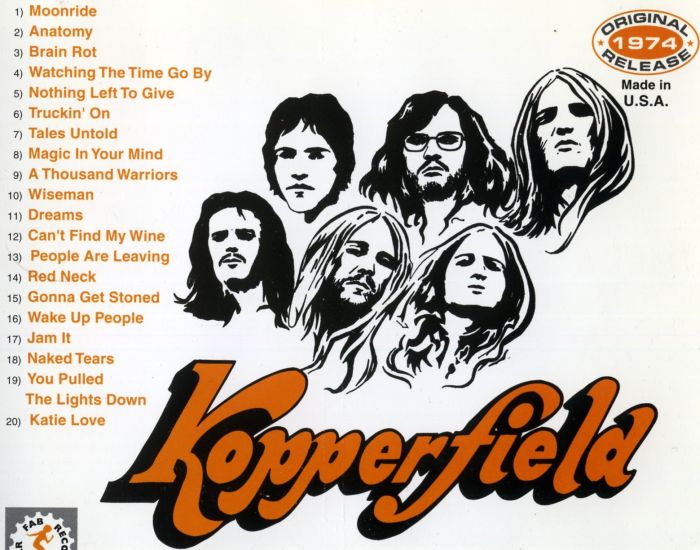