David Gilmour is the debut solo studio album by Pink Floyd guitarist and co-lead vocalist David Gilmour. The album was released in May and June 1978 in the United Kingdom and the United States, respectively. The album reached number 17 in the UK and number 29 on the Billboard US album charts; it was certified Gold in the US by the RIAA. The album was produced by Gilmour, and consists mostly of blues and guitar-oriented rock songs, except for the piano-dominated ballad "So Far Away". The tracks used for the album were recorded between February and March 1978 with engineer John Etchells at Super Bear Studios in France. They were then mixed at the same studio by Nick Griffiths. Session musicians included bass guitarist Rick Wills and drummer Willie Wilson, both of whom used to be part of Jokers Wild with Gilmour. The album cover used for the first EMI pressings of the album LP was done by Hipgnosis and Gilmour and includes Gilmour, Rick Wills and Willie Wilson in the cover photo. Gilmour was credited on the cover for contributing "Keyboards, Vocals" although he played guitar. The CBS/Columbia pressings (outside Europe) listed Gilmour as contributing "Guitars, Keyboards, Vocals". Among those depicted on the inner sleeve is Gilmour's then-wife, Ginger. 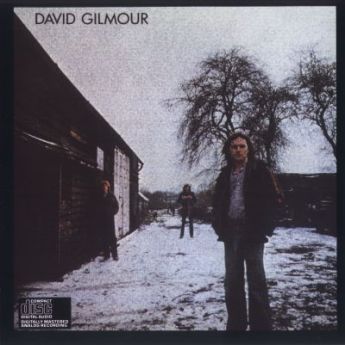 About Face is the second solo studio album by the English singer and musician David Gilmour. It was released on 5 March 1984 by Harvest in the UK and Columbia in the United States, a day before Gilmour's 38th birthday. Co-produced by Bob Ezrin and Gilmour, the album was recorded in 1983 at Pathé Marconi Studio, in Boulogne-Billancourt, France. The lyrics of two tracks, "All Lovers Are Deranged" and "Love on the Air," were written by Pete Townshend of the Who. The album received positive reviews and peaked at #21 on UK Albums Chart and #32 on the US Billboard 200.[4] Two singles were released: "Blue Light" peaked at #62 in the United States, while "Love on the Air" failed to chart. The album was certified gold by the RIAA. Gilmour said he wanted to take his time and make "a really good album" and "get the best musicians in the world that I could get hold of to play with me." Musicians on the album include drummer Jeff Porcaro, bass guitarist Pino Palladino, Deep Purple keyboardist Jon Lord, backing vocalists Roy Harper, and Sam Brown, orchestral arranger Michael Kamen (who had also worked on The Pros and Cons of Hitch Hiking and The Wall), and keyboardist Steve Winwood.

On an Island is the third solo studio album by Pink Floyd member David Gilmour. It was released in the UK on 6 March 2006, Gilmour's 60th birthday, and in the US the following day. It was his first solo album in 22 years since About Face in 1984 and 12 years since Pink Floyd's 1994 album The Division Bell. The album features Robert Wyatt, Jools Holland, Georgie Fame, David Crosby, Graham Nash, Pink Floyd keyboardist Richard Wright, early Pink Floyd member Bob Klose and Pink Floyd session and touring musician Guy Pratt. Chris Thomas and Roxy Music's Phil Manzanera assisted with production. Engineering duties were undertaken by long time collaborator Andy Jackson. The lyrics were principally written by Gilmour's wife, writer Polly Samson. On an Island entered the UK charts at #1, giving Gilmour his first ever chart-topping album outside of Pink Floyd. It reached #1 on the European Chart, and #2 in Canada, Portugal and Iceland. It has also provided Gilmour with his first US Top 10 album, reaching #6. 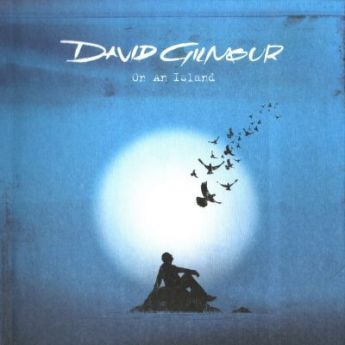 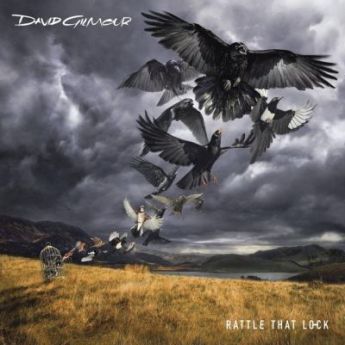 Rattle That Lock is the fourth solo studio album by former Pink Floyd singer and guitarist David Gilmour. It was originally released on 18 September 2015 via Columbia Records. Gilmour completed short tours of Europe in September and October 2015 and South America in December 2015 to support the album, with a similar tour of the United States and Canada following in March and April 2016. The artwork for the album was created by Dave Stansbie from The Creative Corporation under the direction of Aubrey Powell, who has worked with Gilmour and Pink Floyd since the late 1960s. The album, Gilmour's first in nine years, became his second solo number one. The album was recorded at Gilmour's recording studios. Phil Manzanera, co-producer of the album, estimated that Gilmour had been writing the material for Rattle That Lock over the previous five years, though he pointed out that one piano piece was recorded 18 years ago in Gilmour's living room. Most of the album was recorded at Medina Studio, in Hove – the additional recording was at the Astoria houseboat studio, in both cases by long time collaborator, engineer Andy Jackson.