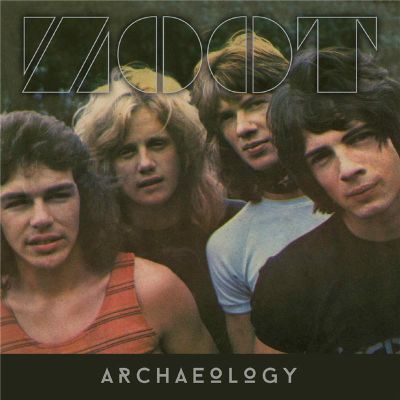 Zoot became one the most popular Australian bands of the second ‘pop wave’ of the late ‘Sixties when they and other acts like The Valentines, the Masters Apprentices, Russell Morris and The New Dream were scoring hits and causing riots. Like so many groups at the time, Zoot were drawn along by the rapid stylistic shifts of that uncertain period and they suffered under some ill-advised management decisions that led to them being tagged as a lightweight ‘bubblegum’ act an undeserved reputation which overshadowed their fine musicianship and their genuine desire to be taken seriously. Ironically, they’re probably best remembered these days for the 1970 single that they hoped would scuttle their pop image for good - their classic heavy-metal version of The Beatles’ “Eleanor Rigby” and also for the fact that Zoot was first successful outing for two future stars solo performer and soapie heart-throb Rick Springfield, and Little River Band lynch pin Beeb Birtles. Zoot was one of several significant Aussie bands that emerged from the fertile musical hothouse of Adelaide in the mid-1960s the same scene that produced The Masters Apprentices and The Twilights. Zoot started out as one among scores of hopeful young beat groups who that formed in and around the migrant settlement suburbs around the South Australian capital of Adelaide. New satellite suburbs such as Elizabeth and Port Noarlunga were established in the 1950s to receive the huge influx of “New Australians”, and many of the young British kids who settled there with their families had actually seen the leading British beat groups in person before leaving for Australia.

In 2018, the band released an anthology entitled Archaeology, including a new recording of "Life in a Northern Town".