Heavy Psychedelic band from the East Coast, USA, late 1960s to early 1970s. Both of Banchee's albums are combined onto one CD on this reissue. From 1969, Banchee's self-titled debut LP was energetic but fairly faceless psychedelic hard rock, making nods to West Coast guitar psych and early metal-ish sounds, as well as dipping into some rousing Crosby, Stills & Nash-like harmonies and uplifting lyrics. But it's an unfocused record, the songs often drifting through their changes without holding your attention, and not containing riffs, tunes, or unusual thoughts of note within the super-competitive world of adventurous late-'60s rock. It's not just a problem that the hard and soft rock sounds simultaneously explored by the group weren't too compatible; it's more of a hindrance that the material they cooked up wasn't exciting. The 1971 follow-up, Thinkin', was similar, but harder rocking and even more meandering, putting some more Santana-like percussion and soul-rock into the mix. Though the good intentions of the band often ooze through the lyrics, in some respects it epitomizes some of the least attractive facets of early-'70s hard rock, particularly in the overlong guitar solos and unappealingly loosely structured songwriting. 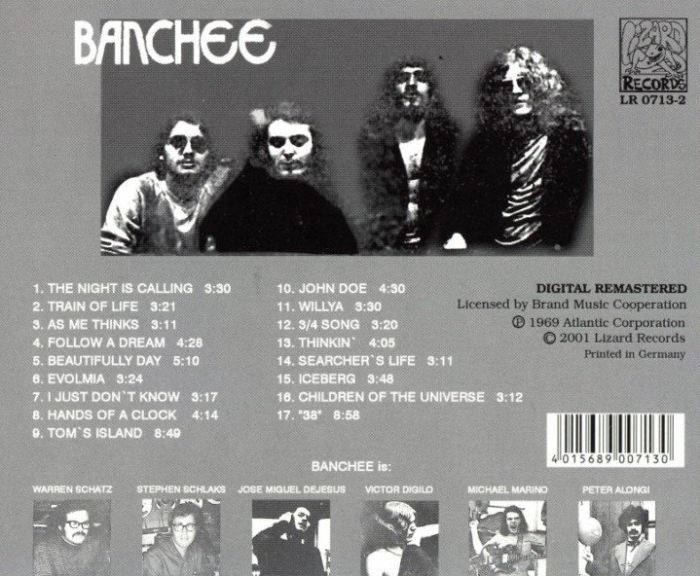