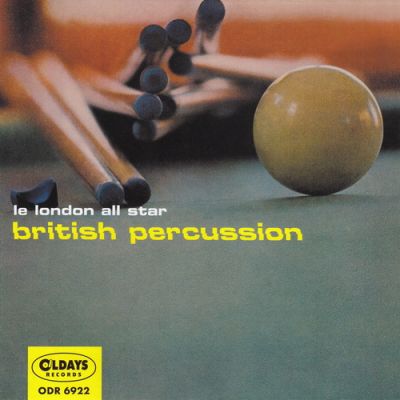 Many fans of John McLaughlin or Led Zep's Jimmy Page never heard this album exists. Recorded in a single session in 1965 and released on French Barclay label only same year,this recording demonstrates rare very early UK blues-jazz scene's music played by unknown musicians, many of them will become real stars very soon. Twelve compositions + 2 bonus tracks are groovy, melodic, often keyboards based, sometimes with almost big band-like arrangements. Participation of Jimmy Page on solo guitar, extremely rare John McLaughlin playing rhythm guitar and Arthur Greenslade on piano all make this album collectors' dream. All project was extremely short-lived and in fact formed just for one recording session - the concept was to record special album of fashionable in that time "new" British music for French market. Music itself is quite enjoyable combining British r'n'b,bluesy jazz-rock and orchestral arrangements. Not a masterpiece, this album is really rewarding listening for fans of all mentioned musicians. 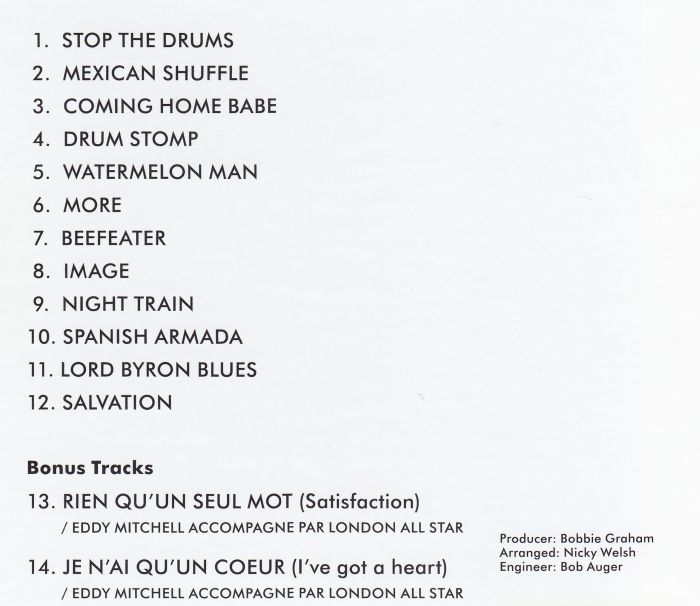