If James Taylor epitomized the definition and the original, late-'60s incarnation of the term singer/songwriter, Dan Fogelberg exemplified the late-'70s equivalent of that term at its most highly developed and successful, with a string of platinum-selling albums and singles into the early '80s and a long career afterward, interrupted only by a health crisis that led to his untimely death in 2007. He came out of a musical family, born Daniel Grayling Fogelberg on August 13, 1951, in Peoria, IL, where his father was an established musician, teacher, and bandleader. His first instrument was the piano, which he took to well enough, and music mattered to him more than the sports that were the preoccupation of most of the boys around him. At age ten, he was saving and listening to any old records he could find. And if there's a "God-shaped space" in everyone, Fogelberg's was filled with music, something his family might've guessed if they'd seen how much he loved the music in church but was bored by the sermons. His other great passions were drawing and painting. His personal musical turning point came in the early '60s, before he'd reached his teens. A gift of an old Hawaiian guitar from his grandfather introduced him to the instrument that would soon supplant the piano, and at age 12, he heard the Beatles for the first time, which not only led him to a revelation about how electric guitars could sound, but also made him notice for the first time the act of songwriting as something central to what musicians did. It was also at that point that he began picking up on the music of Carl Perkins, Chuck Berry, Little Richard, and Buddy Holly, all of whom were, of course, in the Beatles' repertory. 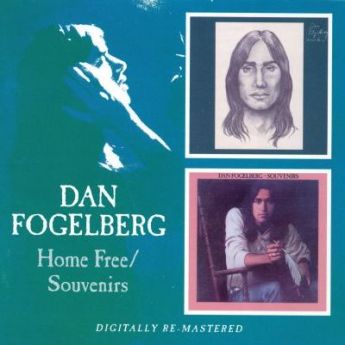 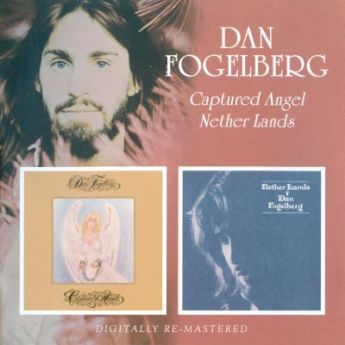 Home Free is the debut album by American singer-songwriter Dan Fogelberg, released in 1972. Upon its original release, Home Free had lukewarm success, but following a later reissue, it was certified platinum by the RIAA for certified sales of 1,000,000 copies.

Souvenirs is the second studio solo album by the American rock singer-songwriter Dan Fogelberg. The album was released in late 1974, on the label Epic Records. The album reached No. 17 on the Billboard 200 in March 1975 and was certified double platinum by the RIAA. Joe Walsh produced the album and played on ten of the eleven tracks.

Captured Angel is the third album by American singer-songwriter Dan Fogelberg, released in 1975. He promoted the album with a tour in support of The Eagles. The album peaked at No. 23 on the Billboard 200. It has sold more than a million copies.

Nether Lands is the fourth album by American singer-songwriter Dan Fogelberg, released in 1977. The album title is a play on Nederland, Colorado, the location of one of the studios used to record the album.