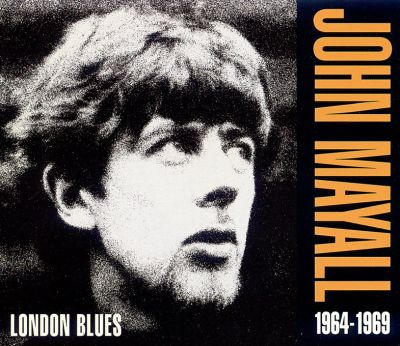 This two-hour-plus compilation of the first five years of the history of John Mayall and his band the Bluesbreakers in their many permutations covers all the expected bases and then some. Eric Clapton, Peter Green, and Mick Taylor are all represented, but so are Bernie Watson and Roger Dean, both of whom preceded Clapton in the guitarist's spot in the band. What's more, they're not bad; they may not have been the assertive soloist that Clapton came to embody, but Dean plays a pretty hot solo on "Crocodile Walk," which was good enough to make the A-side of a single in 1965. Moreover, there was more to any of the Mayall bands than their guitarists, and Mayall's blues harmonica is showcased throughout, on tracks such as "Crawling Up a Hill" and "Blues City Shakedown." The familiar Immediate and Decca/London sides featuring Clapton are here, though the lion's share of space on this set is devoted to the Peter Green version of the lineup, spread over two discs. Other highlights include a handful of tracks from 1967 featuring Paul Butterfield, and a handful of cuts featuring Green working in a lineup that includes saxmen John Almond and Nick Newell as well as trumpeter Henry Lowther. The Mick Taylor lineup, which also includes Dick Heckstall-Smith as one of the reedmen, takes up the bulk of the second disc and shows no diminution of the group's authoritative approach to the blues. Indeed, the Clapton sides represented on this collection, being the most familiar and widely circulated, may well prove to be the least interesting; distilling down the best work of everyone else, including Mayall, on the other hand, is a welcome service and makes this package particularly useful, and short of a Mayall box - an unlikely prospect - this is as good an overview as you're likely to see of his early work. 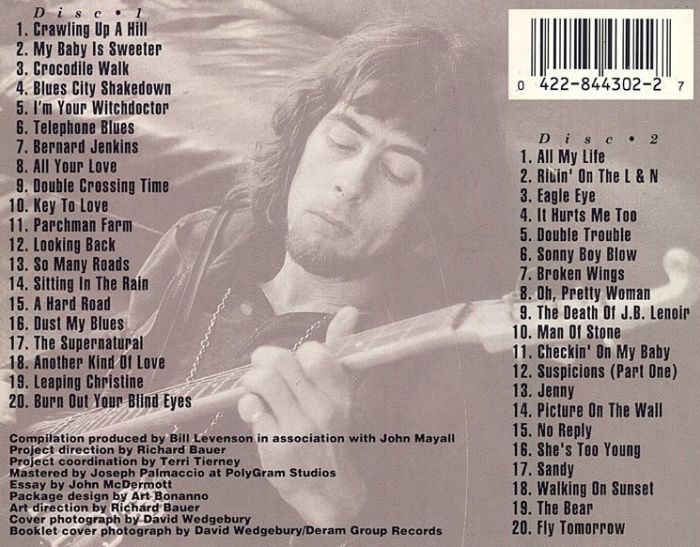