Dehumanizer is the sixteenth studio album by English rock band Black Sabbath, released on June 22, 1992. It was Sabbath's first studio album in over a decade to feature vocalist Ronnie James Dio and drummer Vinny Appice, and their first in nine years to feature original bassist Geezer Butler. Initial writing and demo sessions at Rich Bitch Studios in Birmingham featured drummer Cozy Powell; bootlegs of these sessions exist. However, when Cozy became injured with a broken hip, he was replaced with Vinny. With Vinny back in the band, this effectively reunited the Mob Rules lineup. The band spent two weeks writing material before spending six weeks rehearsing and recording demos at Monnow Valley Studios in Wales. The album's lineup – Dio, Appice, Butler and guitarist Tony Iommi – reunited in 2006 for a greatest hits set, Black Sabbath: The Dio Years, and a new studio album in 2009, The Devil You Know (billed as Heaven & Hell). 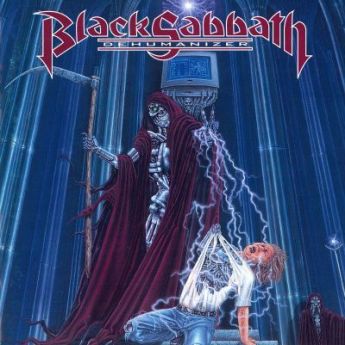 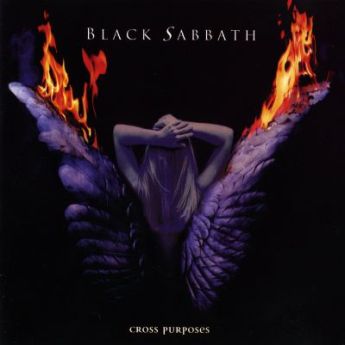 Cross Purposes is the seventeenth studio album by English rock band Black Sabbath, released in January 1994. Dehumanizer saw the reunion of Mob Rules-era Black Sabbath, but, after the tour, Ronnie James Dio (vocals) and Vinny Appice (drums) departed. They were replaced by former Sabbath vocalist Tony Martin and former Rainbow drummer Bobby Rondinelli. Geezer Butler remained with the group, although he would depart later in the year again before the recording of the Forbidden album. Rondinelli left the recording sessions for Quiet Riot's album "Terrified" to join Black Sabbath. The song "Cardinal Sin" was originally intended to be titled "Sin Cardinal Sin" (or "Sin, Cardinal Sin") but a printing error on the album sleeve caused the first word to be removed. Sabbath simply adopted the title "Cardinal Sin" as the name of the song.

Forbidden is the eighteenth studio album by English rock band Black Sabbath, released in June 1995. This recording saw the reunion of Black Sabbath's Tyr-era line-up from 1990, with the return of Neil Murray and Cozy Powell. It was the last album to feature Tony Martin on vocals, Geoff Nicholls on keyboards, and the last by the band until 2013 when Ozzy Osbourne and Geezer Butler returned for the album 13. The album sold 21,000 copies in the U.S in its first week and as of 2013, Forbidden has sold 191,000 copies in the US. The album received a generally negative response from critics and fans alike. After its release, the band underwent several line-up changes and found itself at a career crossroads. However, original Black Sabbath vocalist Ozzy Osbourne would reconcile with guitarist Tony Iommi not long afterwards. 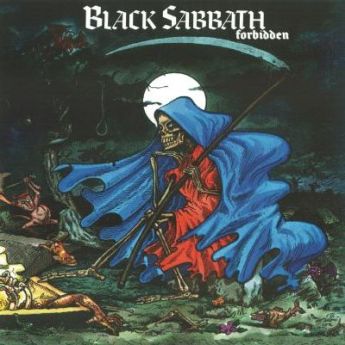 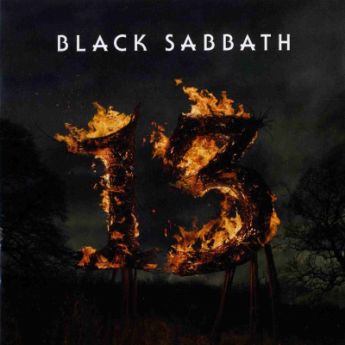 13 is the nineteenth and final studio album by English rock band Black Sabbath. It was released on 10 June 2013 through Vertigo Records, acting as their first studio album in 18 years, following Forbidden (1995). It was the band's first studio recording with original singer Ozzy Osbourne and bassist Geezer Butler since the live album Reunion (1998), which contained two new studio tracks. It was also the first studio album with Osbourne since Never Say Die! (1978), and with Butler since Cross Purposes (1994). Black Sabbath's original line-up first began work on a new studio album in 2001 with producer Rick Rubin. The album's development was delayed over a 10-year period, as Osbourne resumed his solo career while the rest of the band members went on to pursue other projects, including GZR and Heaven & Hell. When Black Sabbath announced the end of its hiatus on 11 November 2011, the band announced that they would restart work on a new album with Rubin. In addition to original members Osbourne, Butler and guitarist Tony Iommi, the band was joined at the recording sessions by drummer Brad Wilk, of Rage Against the Machine and Audioslave, following original drummer Bill Ward's decision to not participate in the reunion, due to a "contractual dispute."