Gilbert O'Sullivan is an Irish singer-songwriter who achieved his most significant success during the early 1970s with hits including "Alone Again (Naturally)", "Clair", and "Get Down". O'Sullivan's songs are often marked by his distinctive, percussive piano playing style and observational lyrics using word play. Born in Waterford, Ireland, O'Sullivan settled in Swindon, England, as a child. In 1967, O'Sullivan began pursuing a career in music. Worldwide, he has charted 16 top 40 records including six No. 1 songs, the first of which was 1970's "Nothing Rhymed". Across his career, he has recorded 19 studio albums, up to his UK top 20 self-titled record in 2018. The music magazine Record Mirror voted him the top UK male singer of 1972. He has received three Ivor Novello Awards, including “Songwriter of the Year” in 1973.

Himself is the debut album by Irish singer-songwriter Gilbert O'Sullivan, first released in the United Kingdom in August 1971 by MAM Records, following the success of the Top 10 hit "Nothing Rhymed", which features on the album. It was produced by Gordon Mills, whom O'Sullivan had contacted after failing to achieve success for three years. The album was originally conceived by O'Sullivan to feature only his voice and piano playing, until Mills persuaded him to use full instrumentation and arrangements by Johnnie Spence. Mills also aided O'Sullivan with his songwriting, which incorporates an observational style and word play, the usage of the latter being influenced by Spike Milligan. Upon release, Himself was a commercial success in the UK, reaching No. 5 on the UK Albums Chart. 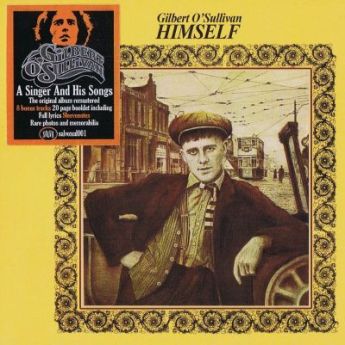 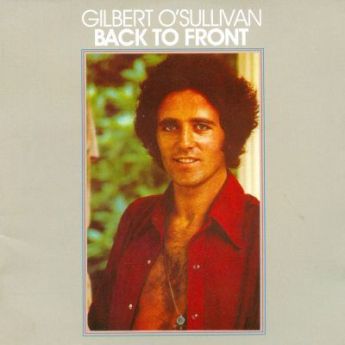 I'm a Writer, Not a Fighter is the third studio album by Irish singer-songwriter Gilbert O'Sullivan, originally released by MAM Records in September 1973. After becoming one of the most successful performers worldwide in 1972, O'Sullivan pursued new directions with the album, taking influence from rock music and funk and incorporating an array of then-new electric keyboards, as well as emphasizing a new rhythmical focus. The album was recorded "on and off" with producer Gordon Mills at the latter's studio, and although several overdubs were recorded in the United States, O'Sullivan referred to the album as an ultimately "very ad hock home based" project. The funk-influenced single "Ooh Baby" failed to make the UK top 10 and marked the start of the singer's decline in popularity, while the album itself reached number 2 on the UK Albums Chart, and although it spent 25 weeks on the chart, this was less than its predecessors.

Back to Front is the second studio album by Irish singer-songwriter Gilbert O'Sullivan, released in October 1972 by MAM Records. The album follows the success of his 1971 debut album Himself and singles such as "Alone Again (Naturally)". Coinciding with the album, O'Sullivan abandoned his distinctive dress sense, which included a short cap and trousers, and instead presented himself as a more masculine, hairy-chested singer with a perm, wearing sweaters with the letter "G" emblazoned on them, which helped establish him as a sex symbol. O'Sullivan wrote the album's songs at home during night-time writing sessions, and recorded the album with his manager and producer Gordon Mills in London. Upon release, Back to Front was a critical and commercial success, reaching number 1 on the UK Albums Chart and allowing O'Sullivan to become the era's best-selling British-based artist. 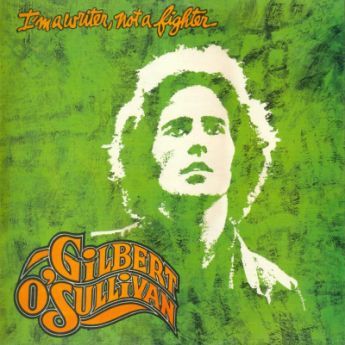 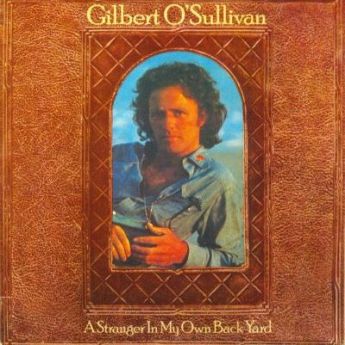 A Stranger in My Own Back Yard is the fourth studio album by British-Irish singer-songwriter Gilbert O'Sullivan, originally released in October 1974 by MAM Records. Peaking at number 9 on the UK Albums Chart, it was O'Sullivan's fourth and, to date, final top ten album, although it received positive reviews from critics. After the funk-inflected I'm a Writer, Not a Fighter, A Stranger in My Own Back Yard marked a return to the style of O'Sullivan's first two albums. The album's only single, "A Woman's Place", was O'Sullivan's first since his breakthrough to miss the top 40 of the UK Singles Chart. Union Square Music reissued the album on the Salvo label in 2012 as part of the Gilbert O'Sullivan - A Singer & His Songs collection.