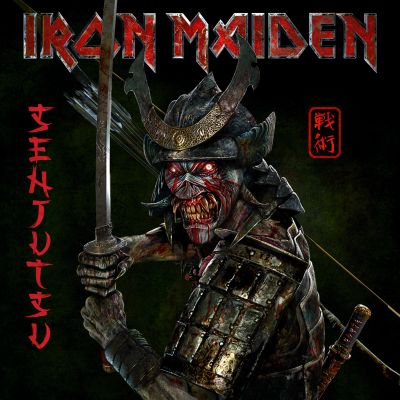 In recent years Iron Maiden have gone through a remarkable creative renaissance. Typified by epic prog-leaning arrangements and ambitious melodic dynamism, modern era Maiden – of which Senjutsu is a prime example – is eccentric, bombastic heavy metal at its finest. The band (one of the most notoriously tight-lipped camps in metal) recorded Senjutsu in early 2019 during a break in their Legacy of the Beast tour, managing to keep it under wraps throughout the pandemic. Their second double album, Senjutsu is as ambitious and heavy as its predecessor (2015’s The Book of Souls), but tempered by a more windswept, melancholic vibe, alongside some of their most fiendishly complex melodies to date. It opens with the title track, an ominous tribal drum pattern giving way to a soaring mid-tempo rocker. Bruce Dickinson’s voice has taken on a pleasingly oaken quality with age, powerful bass notes accentuated as he sings of the last, bloody days of a fantastical empire. The Writing on the Wall is a first for Maiden - an easygoing, southern rock-inflected groove – while Lost in a Lost World opens with gentle acoustic strumming and some wobbly Planet Caravan-esque vocal reverb before settling on a capering lead riff. Indeed, this folksy, playful element (primary songwriter Steve Harris is a big Jethro Tull fan) appears throughout Senjutsu; the album has a palpably ancient bearing that calls to mind castle barricades, mud-caked peasants and heroic derring-do. The wonderfully overblown Death of the Celts - a 10-minute epic that takes in acoustic finger picking, trademark gallop and a lyric discussing ancient battle topography - is a case in point, teetering thrillingly just on the edge of high-camp Spinal Tap absurdity; album closer Hell on Earth, meanwhile, traverses darker emotional waters. This is stunning escape-velocity songwriting that proves - yet again - that Maiden’s true golden age is their current one.