Sentimental Journey is the debut album by English rock musician Ringo Starr. It was released by Apple Records in March 1970 as the Beatles were breaking up. The album is a collection of pre-rock 'n' roll standards that Starr recalled from his childhood in Liverpool. As a departure from the experimental quality that had characterised solo LPs by George Harrison and John Lennon since 1968, it was the first studio album by an individual Beatle to embrace a popular music form. Starr began recording Sentimental Journey in London in October 1969, in response to Lennon's private announcement that he was leaving the Beatles. He recruited George Martin to produce the sessions and used different musical arrangers for each song. Starr made a promotional film for the song "Sentimental Journey", in which he performed with an orchestra and dancers at the Talk of the Town nightclub. The cover of the album shows Starr in front of a pub in the Dingle area of Liverpool, where he grew up. The album's impact was compromised by Paul McCartney's refusal to delay the release of his solo debut, McCartney, and by McCartney then initiating the group's break-up. Despite receiving mixed reviews from music critics and confusing Beatles fans through its choice of music, Sentimental Journey charted inside the top ten in the United Kingdom and peaked at number 22 on the Billboard Top LPs chart in the United States. The album was a forerunner to standards collections by artists such as Harry Nilsson and Linda Ronstadt, and to the vogue from the late 1990s onwards for rock artists such as Bryan Ferry, Rod Stewart and Boz Scaggs to embrace big band music. 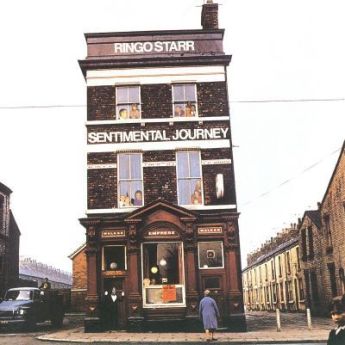 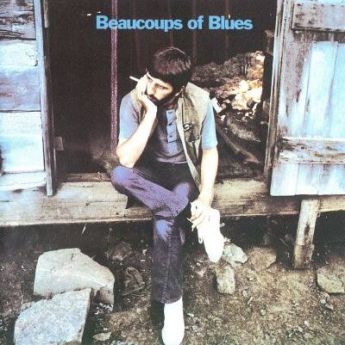 Beaucoups of Blues is the second studio album by the English rock musician and former Beatle Ringo Starr. It was released in September 1970, five months after his debut solo album, Sentimental Journey. Beaucoups of Blues is very far removed in style from its pop-based predecessor, relying on country and western influences. A longtime fan of the genre, Starr recorded the album over three days in Nashville with producer Pete Drake and an ensemble of local session players. Beaucoups of Blues failed to chart in Britain but achieved moderate commercial success in the United States, where it reached number 35 on Billboard's Country Albums list and number 65 on the Billboard Top LPs chart.

Ringo is the third studio album by English musician Ringo Starr, released in 1973 on Apple Records. It peaked at No. 7 on the UK Albums Chart and No. 2 on the Billboard 200, and has been certified platinum by the RIAA. In Canada, it reached No. 1 on the RPM national albums chart. The album is noted for the participation of all four former Beatles, and for its numerous guest stars, something which would become a signature for Starr on many of his subsequent albums and tours. 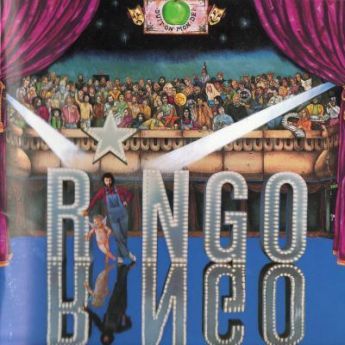 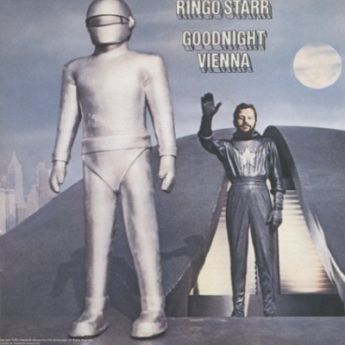 Goodnight Vienna is the fourth studio album by Ringo Starr. It was recorded in the summer of 1974 in Los Angeles, and released later that year. Goodnight Vienna followed the commercially successful predecessor Ringo, and Starr used many of the same players, including Billy Preston, Klaus Voormann, Robbie Robertson, Harry Nilsson, and producer Richard Perry. The title is a Liverpool slang phrase meaning "it's all over". While all three other former Beatles had contributed to Ringo (1973), only John Lennon contributed to Goodnight Vienna. On 17 June 1974, Starr called Lennon, who was about to record his Walls and Bridges album, and asked him to write a song he could include on his next album. Lennon wrote what became the title track, "Goodnight Vienna". A demo of "(It's All Down to) Goodnight Vienna" was recorded by Lennon on 28 June, with the session musicians from Walls & Bridges and sent to Starr in advance of the sessions. Besides writing and playing piano on the title track, Lennon suggested Starr cover The Platters' hit "Only You (And You Alone)" playing acoustic guitar and providing a guide vocal for Starr to follow. Starr's versions of both "Only You (And You Alone)" and "(It's All Down to) Goodnight Vienna" were recorded at a session produced by Lennon. Elton John also contributed a track, "Snookeroo", co-written with Bernie Taupin. Harry Nilsson gave Starr the track "Easy for Me", which he later recorded his own version of for his Duit on Mon Dei album.