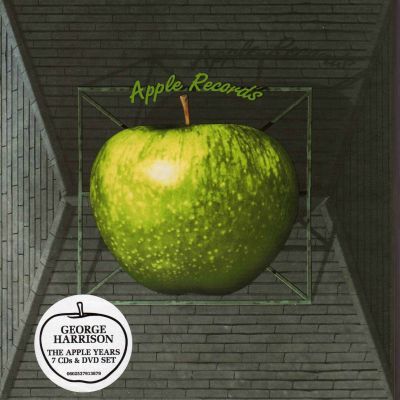 In November 1968, George Harrison released 'Wonderwall Music'. A soundtrack to an art film called 'Wonderwall' this predominantly Indian music collection was the first solo album to be released by a Beatle and also the first album on the newly formed Apple Records. George would continue to release albums on Apple (and EMI) through to 1975's soul-influenced 'Extra Texture (Read All About It)' touching on experimentalism with 'Electronic Sound', the magnificent triple album 'All Things Must Pass', the chart-topping 'Living In The Material World' and the, perhaps, less well-known 'Dark Horse'. This box brings all these eclectic albums together in one set that mirrors 2004's 'Dark Horse Years' box set and will contain a perfect bound book with a DVD. All albums have been remastered by Dhani Harrison and Paul Hicks and all will be packaged in high-quality card packs and all albums, apart from 'All Things Must Pass' and 'Living In The Material World' contain newly written notes by Kevin Howlett. The DVD contains a brand new, never before seen video which has been painstakingly overseen by Olivia Harrison and all packages contain new photos many never seen before. 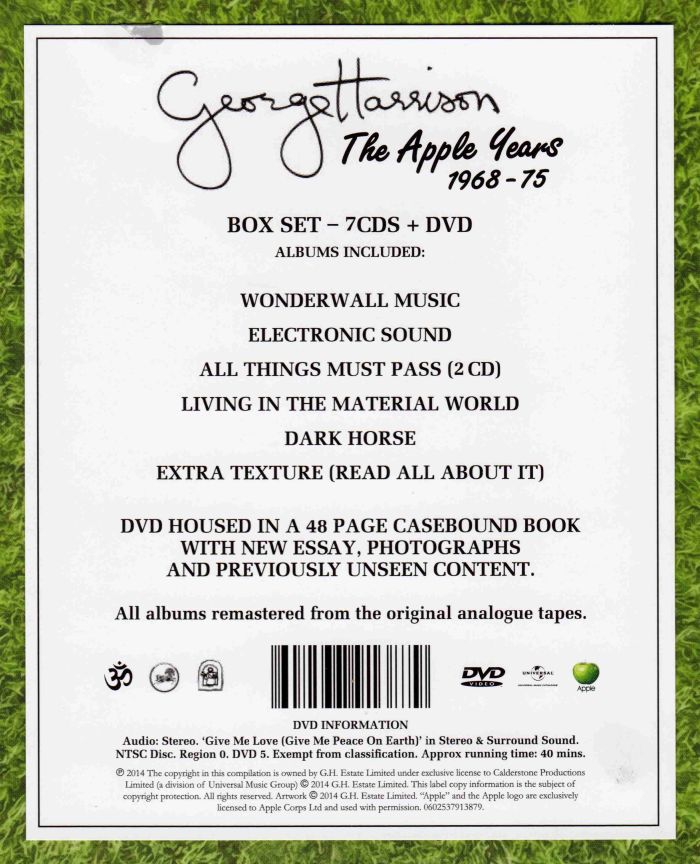