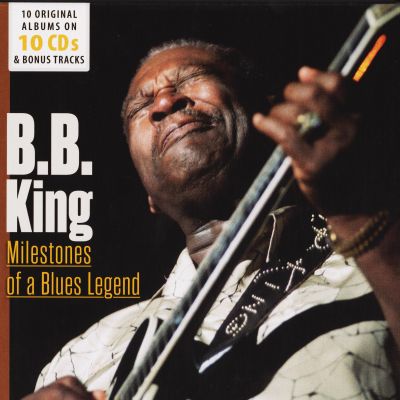 Universally hailed as the king of the blues, the legendary B.B. King was without a doubt the single most important electric guitarist of the last half of the 20th century. His bent notes and staccato picking style influenced legions of contemporary bluesmen, while his gritty and confident voice -- capable of wringing every nuance from any lyric -- provided a worthy match for his passionate playing. Between 1951 and 1985, King notched an impressive 74 entries on Billboard's R&B charts, and he was one of the few full-fledged blues artists to score a major pop hit when his 1970 smash "The Thrill Is Gone" crossed over to mainstream success (engendering memorable appearances on The Ed Sullivan Show and American Bandstand). After his hit-making days, he partnered with such musicians as Eric Clapton and U2 and managed his own acclaimed solo ...

10 CD set containing ten original albums plus bonus tracks by the blues legend B.B. King. It's a unique collection of hits and rarities from 1949 to 1962. The rare LP 'Twist with B.B. King' is appearing here for the first time on CD. 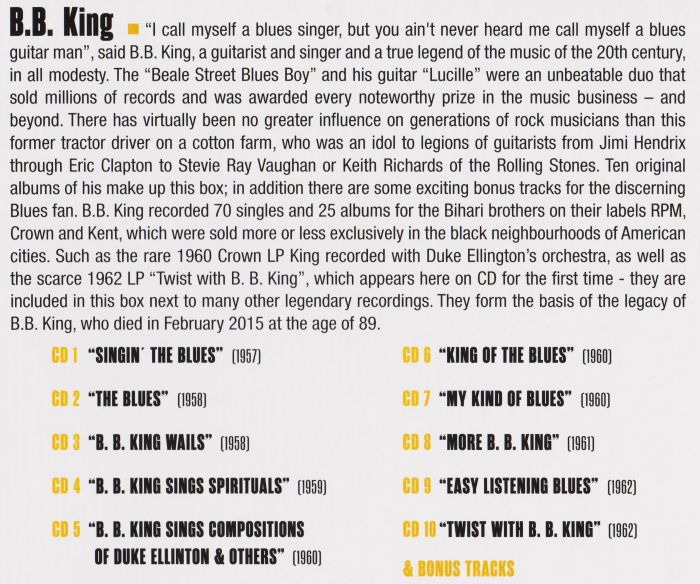