Heart is an American rock band formed in 1967 in Seattle, Washington as The Army. Two years later, they changed their name to Hocus Pocus, then they changed their name again to White Heart a year later, and eventually changed the name a final time to Heart in 1973. By the mid-1970s, original members Roger Fisher (guitar) and Steve Fossen (bass guitar) had been joined by sisters Ann Wilson (lead vocals and flute) and Nancy Wilson (rhythm guitar, backing and occasional lead vocals), Michael Derosier (drums), and Howard Leese (guitar and keyboards) to form the lineup for the band's initial mid- to late-1970s success period. These core members were included in the band's 2013 induction into the Rock and Roll Hall of Fame. Heart rose to fame with music influenced by hard rock and heavy metal,[4] as well as folk music. The band's popularity declined in the early 1980s, and the band began a successful comeback in 1985 which continued into the mid-1990s. Heart disbanded in 1998, resumed performing in 2002, went on hiatus in 2016, and resumed performing in the summer of 2019. Heart's US Top 40 singles include "Magic Man" (1975), "Crazy on You" (1976), "Barracuda" (1977), "What About Love" (1985), "Never" (1985), and "All I Wanna Do Is Make Love to You" (1990), along with no. 1 hits "These Dreams" (1986) and "Alone" (1987). Heart has sold over 35 million records worldwide, including approximately 22.5 million albums in the United States. They have placed top 10 albums on the Billboard 200 in the 1970s, 1980s, 1990 and 2010s. Heart was ranked number 57 on VH1's "100 Greatest Artists of Hard Rock" and ranked number 49 on Ultimate Classic Rock's Top 100 Classic Rock Artists.

Dreamboat Annie is the debut studio album by American rock band Heart. At the time, the band was based in Vancouver, British Columbia; the album was recorded in Vancouver and first released in Canada by the local label Mushroom Records in September 1975 eventually reaching number 20 on the RPM Album Chart and being certified double platinum in sales.[5] It was released in the United States on February 14, 1976, through the US subsidiary of Mushroom Records in Los Angeles, peaking at number 7 on the Billboard Album Chart. It also made the top ten in the Netherlands and Australia in early 1977. The album contains three commercially successful singles, two of which, "Crazy on You" and "Magic Man", became staples on North American FM radio. Producer Mike Flicker helped the group to polish their sound and obtain a recording contract with the label. 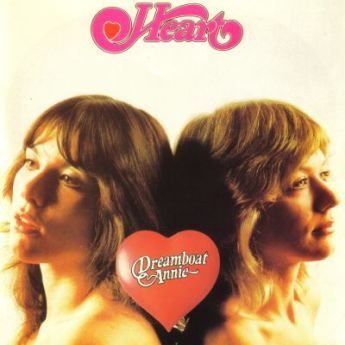 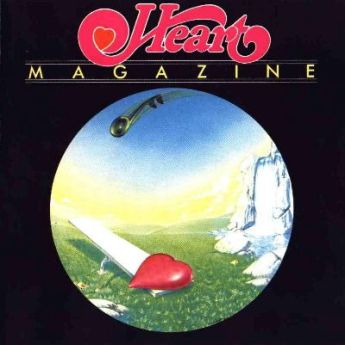 Magazine is the second studio album by American rock band Heart. It was originally released on April 19, 1977, by Mushroom Records in unfinished form, without the band's permission. A second authorized version of the album was released on April 22, 1978. The album has been certified platinum in both the United States and Canada.

Little Queen is the third studio album by American rock band Heart. It was released on May 14, 1977, by Portrait Records. The album was recorded and mixed at Kaye-Smith Studios in Seattle, Washington, from February to April 1977. On June 29, 2004, a remastered version of Little Queen was released by Epic Records and Legacy Recordings with two bonus tracks. The group intended Magazine to be the official follow-up to their debut album Dreamboat Annie. However, a contract dispute with their label, Mushroom Records, resulted in the group signing with the newly formed Portrait Records, a division of CBS Records (now Sony BMG). The Mushroom contract called for two albums, and the label took the position that they were owed a second one. On that basis, Mushroom attempted to prevent the release of Little Queen and any other work by Heart. They took the five unfinished tracks for Magazine and added a B-side and two live recordings. The first release of the album in April 1977 included a disclaimer on the back cover. 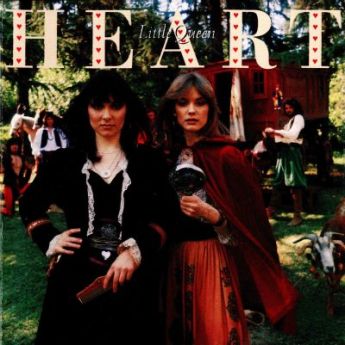 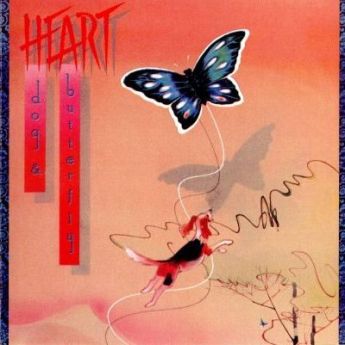 Dog & Butterfly is the fourth studio album by American rock band Heart, released on October 7, 1978, by Portrait Records, following a legal dispute with Mushroom Records over the release of the band's second studio album, Magazine, in April 1978. Dog & Butterfly peaked at number 17 on the US Billboard 200 and has been certified double platinum by the Recording Industry Association of America (RIAA). The album spawned the singles "Straight On" and "Dog & Butterfly". As Heart themselves noted on the album's release, side one was the Dog side, and was the more "rocking" compared to the Butterfly side two, which consisted mostly of ballads, with the exception of the closer "Mistral Wind". Though the first song, "Cook with Fire", sounds like a live recording, the liner notes to the 2004 CD reissue state that it was actually recorded at Sea-West Studios along with the rest of the album. Audience sounds from a live performance were overdubbed on the studio recording.