Roy Wood is an English singer-songwriter and multi-instrumentalist. He was particularly successful in the 1960s and 1970s as member and co-founder of the Move, Electric Light Orchestra and Wizzard. As a songwriter, he contributed a number of hits to the repertoire of these bands. Altogether he had more than 20 singles in the UK Singles Chart under various guises, including three UK No. 1 hits. The BBC has described Wood as being "responsible for some of the most memorable sounds of the Seventies" and "credited as playing a major role in the glam rock, psychedelic and prog rock movements". In 2008, Wood was awarded an honorary doctorate for his contribution to rock and pop by the University of Derby. In 2015, his long and eclectic career was recognised with the "Outer Limits" award at the Progressive Music Awards in London. Wood was inducted into the Rock and Roll Hall of Fame in 2017 as a member of Electric Light Orchestra.

Boulders is the debut solo album by English musician Roy Wood, recorded from 1969 to 1971 and released in July 1973 by Harvest Records. Wood began work on the album as a whimsical side-project away from his band the Move, and conceived it to explore numerous instruments he had collected in the 1960s but felt unable to use in the Move. Nonetheless, its release was delayed for several years due to his busy schedule with the Move, Wizzard and the Electric Light Orchestra. Apart from harmonium on one song played by John Kurlander, all the instruments on the album, including guitars, cello, saxophones, bouzouki, banjo and recorders, were played by Wood, who also wrote, arranged, and produced the whole record, in addition to providing all the vocals. The musician also painted the unfinished self-portrait on the cover. The record is eclectic and eccentric in style, exploring numerous genres like classical music, art rock, folk, psychedelia, country and rock and roll, and exemplifies Wood's surreal humour, with songs exploring curious subjects. 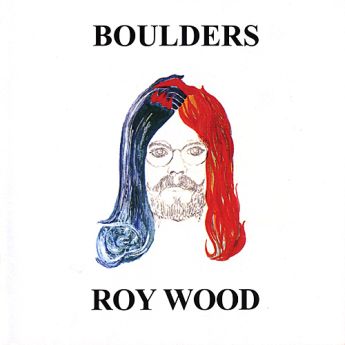 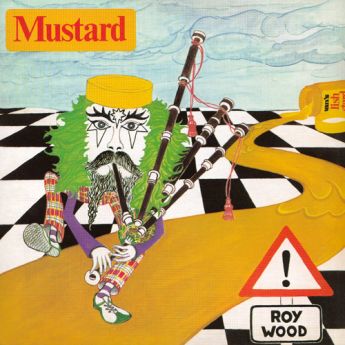 Mustard is the second solo album by English musician Roy Wood, released in December 1975 by Jet Records. The album was recorded at De Lane Lea Studios and Phonogram Studios, although a dispute at one of the studios delayed the release of the album. Produced and entirely performed by Wood, who also designed the album artwork, Mustard was a departure from his previous solo album Boulders (1973), with a more ambitious approach and denser, more layered production, again mixing a number of musical styles. Annie Haslam and Phil Everly contributed guest vocals to the album, while Wood's influences on the record included the Andrew Sisters, the Beach Boys and Led Zeppelin. Upon release, the album was a commercial failure, failing to chart in the United Kingdom or United States, likewise the singles "Look Thru' the Eyes of the Fool" and "Any Old Time Will Do", reflecting Wood's declining popularity. However, contemporary reviews were generally positive, highlighting the album's ambitious sound.