A guitarist whose music is based in the blues but also reflects the influence of rock, R&B, and hip-hop, Christone "Kingfish" Ingram was just 20 years old when he released his first album and had already earned a reputation after being cited as a talent to watch by a number of respected rock and blues artists. Ingram had been performing in public since he was 11 and had already appeared on-stage with the likes of Buddy Guy, Robert Randolph, and the Tedeschi Trucks Band when he dropped Kingfish in 2019, where he showed off a full-bodied style that ran the gamut from the tough, rumbling attack of blues-rock to the gentle but potent touch of classic acoustic blues. Kingfish established Ingram as a force in modern blues and he consolidated its success with 662, the sophomore set he released in 2021. Christone Ingram was born in Clarksdale, Mississippi in 1999. A cousin of country star Charley Pride, he began playing the drums when he was six and picked up the bass when he was nine. He developed an interest in the blues when he saw a documentary on Muddy Waters with his father, and when he was 11, his parents bought him his first guitar and he soon enrolled in music classes at Clarksdale's Delta Blues Museum. Mississippi blues musicians Bill "Howl-N-Madd" Perry and Daddy Rich, who taught at the museum, saw potential in him, and Perry nicknamed the youngster "Kingfish" when they performed at a local venue called the Ground Zero Blues Club. In 2014, Ingram performed for Michelle Obama at the White House when a group of students from the Delta Blues Museum played in the capital. 2015 saw Ingram presented with the Rising Star Award by the Rhythm & Blues Foundation, and Tony Coleman, who played in B.B. King's road band, liked Ingram's music enough that he later arranged for the young guitarist to meet King at a festival in Mississippi. 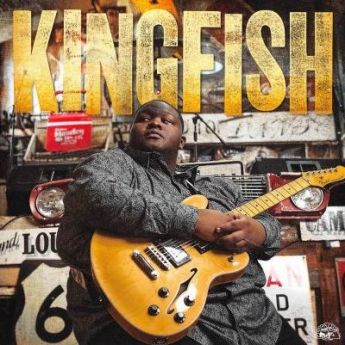 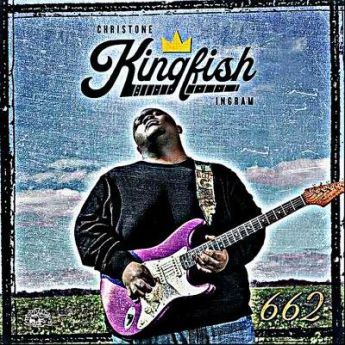 Blues guitarist Eric Gales invited Ingram to perform on his 2017 album Middle of the Road, and blues legend Buddy Guy, funk icon Bootsy Collins, Nirvana and Foo Fighters member Dave Grohl, and hip-hop trailblazer Rakim were all singing Ingram's praises. The producers of the television series Luke Cage saw clips of Ingram performing online and cast him in a supporting role on the show, as well as using his interpretations of "The Thrill Is Gone" and "I Put a Spell on You" on the soundtrack. After completing high school, Ingram ramped up his touring schedule, and was regularly playing clubs and blues festivals in the United States, Europe, and the Netherlands. In 2018, he traveled to Nashville to begin work on his debut album with producer Tom Hambridge, who had previously worked with Buddy Guy, Susan Tedeschi, and George Thorogood. Featuring guest appearances by Buddy Guy and Keb' Mo', the album Kingfish was released by Alligator Records in May 2019.

It was nominated in the "Best Traditionalist Blues Album" category at the 62nd Grammys awards show and it won Album of the Year at the Blues Music Awards; it was one of five trophies Ingram took home that evening. Ingram returned with his second album 662 in the summer of 2021. Like Kingfish, 662 was produced by Tom Hambridge, and it featured a collection of songs largely co-written by Ingram.