As debut album titles go, AC/DC's High Voltage supplied a perfect encapsulation of the band's electrifying brand of rock & roll. So perfect, in fact, they actually used it twice: for their first album proper, the Australian-only version of High Voltage, released in February 1975; and for the better-known international debut from mid-1976, which was essentially a collection of highlights from the former and its late-1975 successor, TNT Ironically, the two versions of High Voltage had little else in common besides that title, including radically different cover art (the Aussie edition depicted a dog pissing on an electrical service box), and just two songs shared between them: the abnormally laconic "Little Lover" (a remnant of AC/DC's glam rock origins, believe it, or not!), and the anything but subtle "She's Got Balls," whose lyrics newly arrived singer Bon Scott penned, tongue-in-cheek, when his then-wife demanded he write a song for her. Of the album's remaining six tracks, at least four will sound familiar to the average, dedicated AC/DC fan, because they later surfaced on the Jailbreak '74 EP. They are the exceedingly bluesy "Show Business," the surprisingly infectious "You Ain't Got a Hold on Me," the mysteriously disconcerting "Soul Stripper," and the positively explosive cover of Big Joe Williams' "Baby Please Don't Go." So it's ultimately a pair of far more obscure songs that continue to draw AC/DC completists to the original edition like bees to honey: those being the rather uneventful but still perfectly kosher groove rocker "Stick Around," and the conversely shocking "Love Song" - a ballad featuring the band's one and only flirtation with keyboards and an almost unrecognizably soppy performance from Scott and co., which will surely sound like an outright travesty to most fans. But then, AC/DC were a very young band who were still coming into their own at the time, and that process of self-discovery is what makes the original version of High Voltage both the most inconsistent and unique of all the Bon Scott albums. Fans may also be interested to learn that Malcolm Young played his only known lead breaks for AC/DC on this release, trading solos with Angus on "Soul Stripper" before taking full charge of "Show Business"; and that bass guitar and drum duties were handled by elder brother George Young and one Tony Kerrante, respectively - not the yet-to-arrive Mark Evans / Phil Rudd rhythm section. 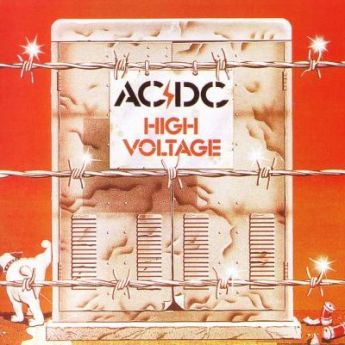 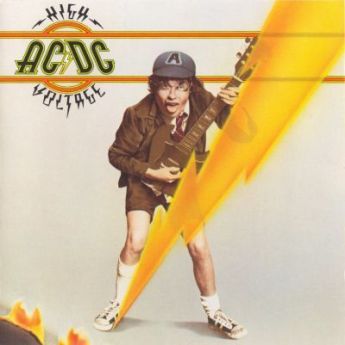