Genesis keyboardist Tony Banks has made several stabs at a solo career since 1978, writing and recording in various styles and occasionally under different group names. However, none of his attempts have been very commercially successful, a sore point for the man many deem responsible for a large portion of the Genesis sound. For many observers, Banks is one of the more undeservedly underrated keyboard players in progressive rock, while flashier figures such as Keith Emerson and Rick Wakeman, with their extroverted personalities, long ago gathered the press coverage needed to earn the admiration of starstruck listeners from the '70s (and enjoy instant name recognition decades years later), Banks' work was so subsumed by Genesis for so long that he never quite achieved the profile of his slightly older rivals, despite playing an essential role in shaping the sound of his group, which, along with Yes, was one of the two most successful prog rock bands of the '70s.

A Curious Feeling is the début solo album from Genesis keyboardist Tony Banks. It was recorded at ABBA's Polar Music Studios during a brief Genesis hiatus and released in 1979 on Charisma Records. It is one of only two of Banks' solo albums to have entered the UK Albums Chart, reaching 21 and staying on the chart for five weeks. The album is a loose adaptation of the 1966 Daniel Keyes novel Flowers for Algernon. Its cover was designed by Hothouse and contains Wuluwait - Boatman of the Dead by Australian artist Ainslie Roberts. It was digitally remastered in 2009. 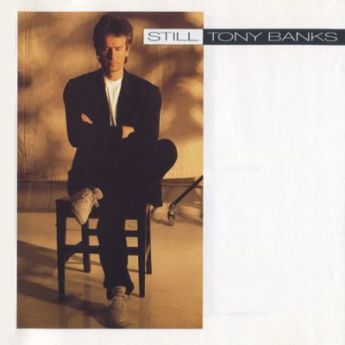 As it comes from Tony Banks, known for his complex and dense keyboard work with Genesis, the sparse instrumentation on The Fugitive is quite a surprise. Even the instrumental "Thirty Three's" is given a light touch. Moreover, The Fugitive is far more rhythmically centered than previous Banks material and contains very little of the difficult wordplay often associated with the composer. Part of the reason for the change in direction was that Banks was writing songs to be sung by himself. While it can't be said that Banks has a great voice, it is certainly an interesting one, and works far better with his music than many of the other more bombastic vocalists he has recorded with as a solo artist. Although not successful as singles, the reggae-like "This Is Love" and the rockier "And the Wheels Keep on Turning" are stronger than most early-'80s pop material. "By You," another highlight of the record, also shows some reggae influences and finds Banks in an uncharacteristically romantic mood. While some parts of the album, such as the Atari-like rhythm track to "Charm," have not aged well, overall this might be Banks' most consistent offering.

Still is the third solo studio album by English keyboardist and songwriter Tony Banks, released in 1991 on Virgin Records in the UK and Giant Records in the U.S. The album was originally going to be named after the track Still It Takes Me by Surprise, but was later shortened to Still. Despite a fairly heavy promotional effort by Giant Records, the album failed to sell well.