April Wine first came together in 1969 in Halifax, Nova Scotia, when Myles Goodwyn, a singer who played guitar and keyboards, and his neighbor, bassist Jim Henman, decided to form a band with Henman’s cousins, drummer Ritchie Henman and guitarist David Henman. All of the musicians had been members of other local rock bands and took their new name from a rock opera that David Henman had written about a young woman named April. The second part of the band’s name was added to make it romantic, yet ambiguous enough that the group would not be pigeonholed as just another rock group. April Wine’s first rehearsals took place in Halifax in December of 1969 but the band moved to Montreal, Quebec, in early 1970. Among its first tasks was writing and recording music for the play The Lion in Winter. Shortly afterwards the group recorded its first single, “Fast Train,” which received radio airplay across Canada. 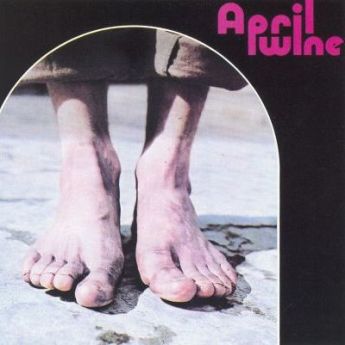 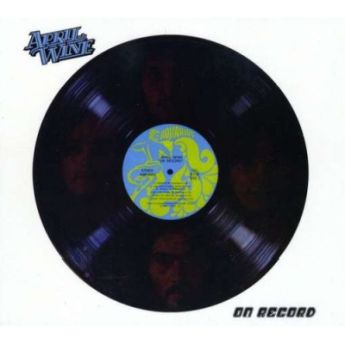 The group’s self-titled debut album was released in late 1971 on Aquarius Records. Jim Henman, who sang most of the lead vocals, decided to go back to college during the recording session; he was replaced by Jim Clench on bass. Myles Goodwyn stepped in to take lead vocals on the group’s second album, On Record, in 1972. The album featured the number-one Canadian hit “You Could Have Been a Lady,” a cover tune of a song initially performed by Hot Chocolate. The track also entered the American charts, where it hit the lower reaches of the top 40. Despite the band’s initial success, tensions between its members were growing. After a split pitted Goodwyn and Clench on one side and the Henman brothers on the other, the Henmans left the group in 1973. Jerry Mercer, a veteran of numerous other rock bands, joined April Wine as its drummer. Other musicians would briefly join the group over the next decade, but with the addition of Brian Greenway on guitars and vocals in 1977, the steady lineup of Clench, Goodwyn, Greenway, and Mercer formed the heart of April Wine. 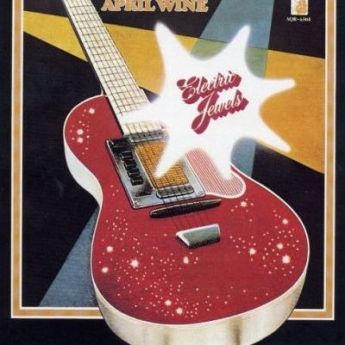 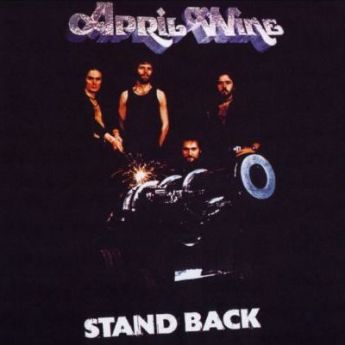 After the Henmans left, April Wine released the harderedged Electric Jewels in 1973. The group promoted the album on its first national tour in 1974, making a successful transition from a bar band into a bona fide arena attraction. The band’s 1975 album Stand Back was another success; April Wine received the first of its eight Juno Awards, given by the Canadian Academy of Recording Arts and Sciences, in that same year. The group added the Juno Award for Best-Selling Album in 1976 when Whole World’s Goin’ Crazy sold over a million copies in Canada, an unprecedented feat at that time. The band’s 1976 national tour also set a new record when it took in over one million dollars in ticket sales. In 1977 April Wine opened two unannounced shows by the Rolling Stones at Toronto’s El Mocambo Club, where the legendary British group planned to record a live album. The appearances made headlines across North America after Rolling Stones guitarist Keith Richards was arrested for heroin possession and rumors were printed of an affair between singer Mick Jagger and Margaret Trudeau, the wife of Canada’s Prime Minister Pierre Trudeau. The publicity helped launch April Wine in the United States when the band opened for the Rolling Stones on its 1977 American tour. After releasing two live albums, Live at the El Mocambo and Unreleased Live, April Wine recorded First Glance in 1979. A single from the album, “Roller,” won a Juno Award as Best-Selling Single in Canada and became the group’s second top-40 hit in the United States. Having won the Juno Award as Canada’s Group of the Year from 1975-78, April Wine repeated the feat every year from 1980-83.