The final Canned Heat album to feature co-founder Alan Wilson, Future Blues was also one of their best, surprisingly restrained as a studio creation by the band, the whole thing clocking in at under 36 minutes, as long as some single jams on their live discs. It was the last to feature the band's classic lineup, as Larry Taylor and Harvey Mandel had both departed by July 1970, prior to its release to record with John Mayall and songwriter Alan Wilson died shortly after on September 3, 1970. It was also one of their most stylistically diverse efforts. Most of what's here is very concise and accessible, even the one group-composed jam - Alan Wilson's "Shake It and Break It" and his prophetically titled "My Time Ain't Long" (he would be dead the year this record was issued), which also sounds a lot like a follow-up to "Going up the Country" until its final, very heavy, and up-close guitar coda. Other songs are a little self-consciously heavy, especially their version of Arthur Crudup's "That's All Right, Mama." Dr. John appears, playing piano on the dark, ominous "London Blues," and arranges the horns on "Skat," which tries for a completely different kind of sound - late-'40s-style jump blues - than that for which the group was usually known. And the band also turns in a powerhouse heavy guitar version of Wilbert Harrison's "Let's Work Together." 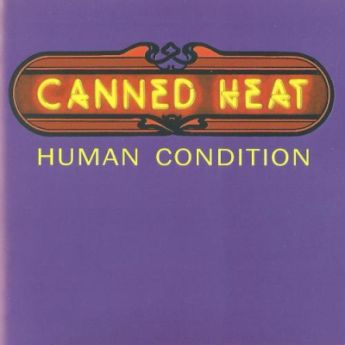 Historical Figures and Ancient Heads is the eighth album by Canned Heat, released in 1971. It was the first album not to feature original member and songwriter Alan Wilson who had died the previous year, and their bassist Larry Taylor, who had left to join John Mayall's band. Featuring new guitarman Joel Scott Hill and Little Richard on "Rockin’ With the King". The record also includes Tony de la Barreda on bass, who left with Hill after this album and subsequent tour.

Canned Heat lived on the wild side while enjoying immense popularity, primarily during the early to late '70s. This production marks vocalist Bob "The Bear" Hite's last complete recording with the band due to his passing on April 5, 1981. Recorded in 1977 and released in 1978, this set features guest appearances by blues-rock guitarist Harvey Mandel and backing vocals by the Chambers Brothers on selected tracks. Essentially, this affair features a fairly typical exposition of what many listeners would come to expect, as the group works its way through a series of high-octane blues, rock, and boogie motifs. Hite was in good form throughout while also displaying potent chops as a viable blues harpist whereas guitarists Mark Skyer, Chris Morgan, and Mandel implement raucous crunch chords amid some scathing lead lines. Hence, this effort represents a hearty snapshot of the quintet's overall appeal. There are some memorable tracks here, although this offering didn't garner widespread recognition upon its initial release.