Guitarist Allan Holdsworth was widely considered one of the finest instrumentalists in all of jazz fusion, yet never truly received the recognition that he so rightfully deserved. Born on August 6, 1946, in Bradford, Yorkshire, Holdsworth was originally taught music by his father, who was a pianist. He didn't pick up the guitar until he was 17 years old, but learned the instrument quickly. After playing in local outfits (and learning the violin), Holdsworth relocated to London, where he was taken under the wing of saxophonist Ray Warleigh. By 1972, Holdsworth had joined progressive rockers Tempest, appearing on the group's self-titled debut a year later before joining Soft Machine in December 1973 -- and radically changing the latter outfit's sound to guitar-based fusion in the process. U.S. drummer Tony Williams discovered Holdsworth around this time, which led to an invite for the up-and-coming guitarist to replace John McLaughlin in Williams' Lifetime project -- Holdsworth abruptly left Soft Machine in March of 1975, subsequently appearing on the Williams recordings Believe It and Million Dollar Legs. But Holdsworth's union with Williams was a brief one, as the guitarist joined up with French-English prog rockers Gong for such albums as 1976's Gazeuse! (released as Expresso in the U.S.) and 1978's Expresso II, in addition to appearing on recordings by Jean-Luc Ponty, Bill Bruford, Gordon Beck, Jack Bruce, and UK. 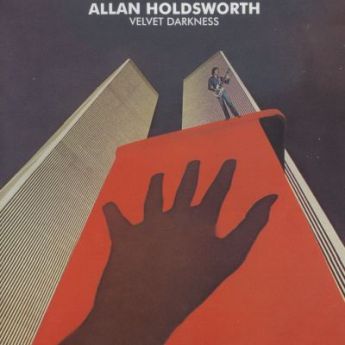 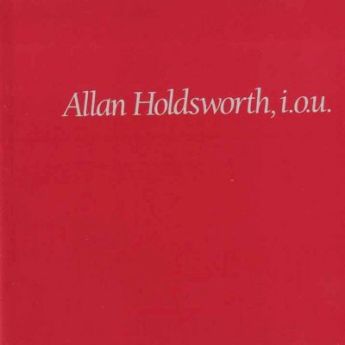 Also in the late '70s, Holdsworth launched a solo career, which over the years has seen the release of nearly 20 albums (a few standouts include 1983's Road Games, 1985's Metal Fatigue, 1994's Hard Hat Area, and 2000's The Sixteen Men of Tain), as the guitarist was joined by such acclaimed musicians as Paul Williams (a former bandmate of Holdsworth's in Tempest), Gary Husband, Chad Wackerman, Jimmy Johnson, Steve Hunt, and Alan Pasqua, among others. In the mid-'80s, Holdsworth was one of the first musicians to use a SynthAxe, a guitar that contained a breath controller that proved to be a cross between a synthesizer, guitar, and saxophone (Holdsworth was awarded Best Guitar Synthesist from 1989 through 1994 in the readers' poll of Guitar Player magazine). In the '90s, Holdsworth also created his own signature guitar model with the Carvin company. In the mid-'90s, Holdsworth briefly shifted away from his fusion originals and recorded an album with longtime musical partner Gordon Beck that dipped into jazz standards. The Sixteen Men of Tain (2000) marked another shift, in that it was the first Holdsworth release to feature an all-acoustic rhythm section. This was followed in 2002 by All Night Wrong, his first official live release. Then! Live in Tokyo was next, featuring Holdsworth's 1990 live band, which was followed by Against the Clock, a career retrospective, in 2005. 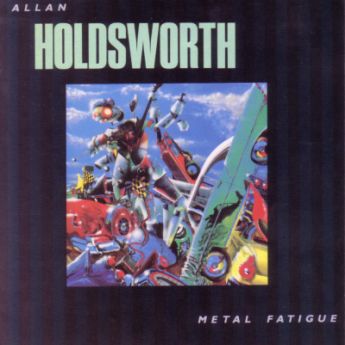 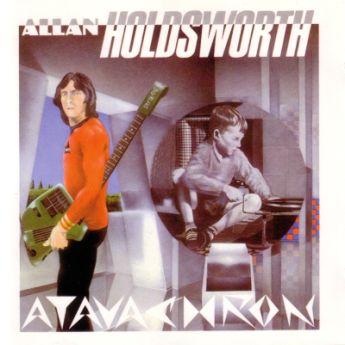 Over the next several years the guitarist appeared on a series of collaborative recordings: Conversation Piece, Pts. 1-2 with Beck, Jeff Clyne, and John Stevens (Belle Antique, 2008); Propensity with Danny Thompson and Stevens (Art of Time Recordings, 2009); and Blues for Tony with Alan Pasqua, Chad Wackerman, and Jimmy Haslip (MoonJune, 2009). While continuing to tour and play live, Holdsworth undertook a PledgeMusic campaign in 2015 to issue the rarities collection Tales from the Vault; it appeared digitally a year later. It was followed on April 7, 2017 by a double-disc retrospective entitled Eidolon and the massive 12-disc box set The Man Who Changed Guitar Forever! (a title that Holdsworth -- not one to boast about his talents -- reportedly disliked), which collected all of his solo albums plus bonus material. Only eight days later, Holdsworth passed away on April 15 at the age of 70.