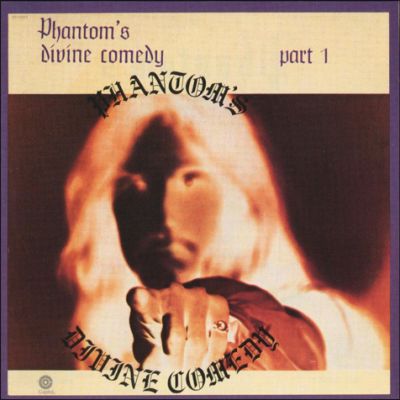 How do you rate an album like this? On originality, it gets about a zero, but as a hint at what another Doors album could have sounded like, it gets a nine out of nine -- "Tales From a Wizard" aping the group at its most pretentious, and "Devil's Child" as a parody of numbers like "Love Me Two Times." Other titles, like "Spiders Will Dance (On Your Face While You Sleep)" (which opens up seemingly bent on parodying "Alabama Song") and "Stand Beside My Fire" are equally self-explanatory. Actually, it's hard to imagine Morrison, Manzarek, Krieger, and Densmore coming out with something quite this unimaginative - they always added something new to each album - unless they were producing themselves and Morrison was really wasted. But the album is a good imitation of what the Doors' music sounded like if you weren't listening too closely to it on the radio. At the time, it fulfilled a need for some listeners, and it was an early indicator of just how large Jim Morrison loomed in the back of some listeners' consciousnesses, long before Oliver Stone ever got near a movie camera. The sound is decent but unexceptional, not that this is a big consideration on this sort of album. There never was a Part 2, incidentally, or at least not one that saw the light of day, but this record did point the way toward careers for Doors tribute bands like Crystal Ship, L.A. Woman, and Soft Parade.

Who is Phantom's Divine Comedy? The Phantom was the late Arthur Pendragon (a.k.a. Ted Pearson), who wrote all the songs on ‘Phantom’s Divine Comedy – Part 1‘ and provided vocals and piano to them. The rest of the band was James Rolland (drums), Harold Breadly (bass), and Russ Klatt (keyboards), and the album was recorded and produced by Gary Gawinek, in the band’s home state of Michigan. Not a lot else exists or is readily available about what eventually became of the band and its members, other than a confirmation that Pendragon / Pearson had passed away, since he was thought to be the resurrected Jim Morrison. Unfortunately, very few photos of Arthur Pendragon exist, yet ironically, one that does, and is known to be him, was taken backstage at a performance with The Doors’ keyboardist Ray Manzarek and Iggy Pop. 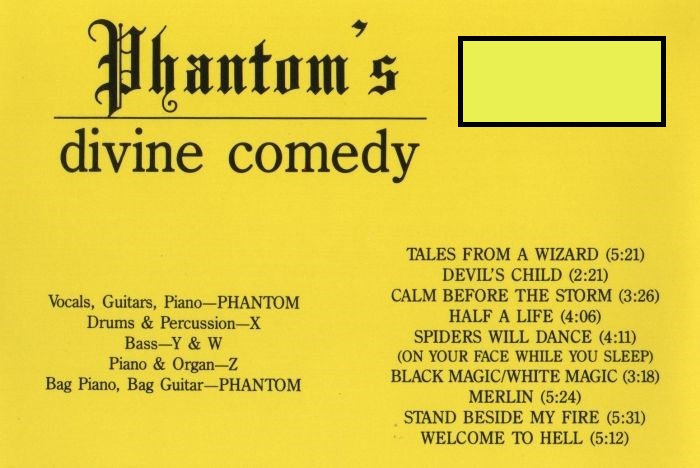